The PLP’s Leader In Cat Island

11 October 2019, the Leader of the Opposition Philip Davis addressing his constituents in Long Island. 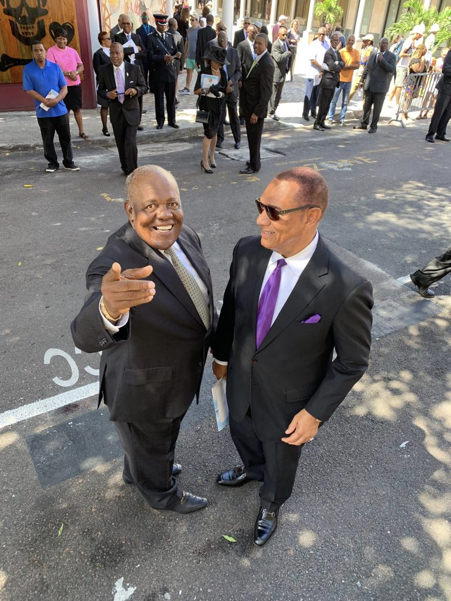 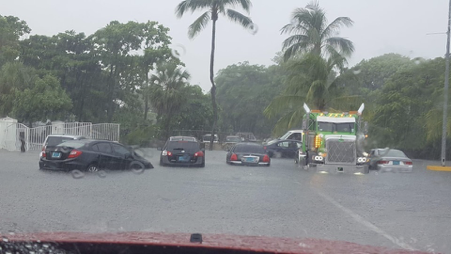 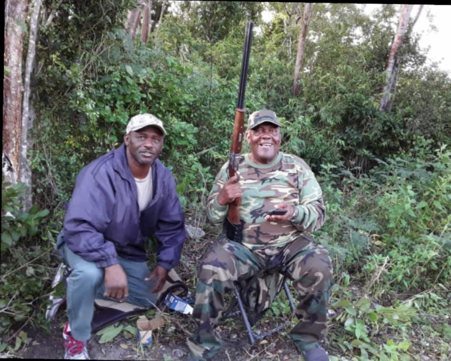 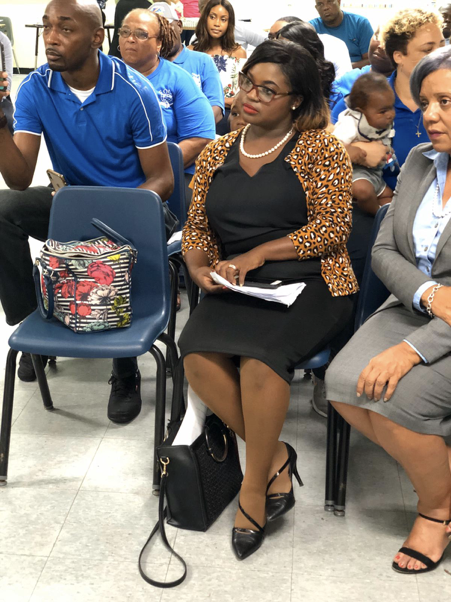 The Next Generation Of PLPs At Work 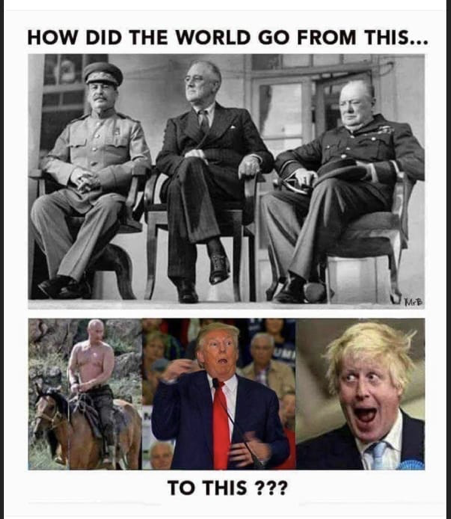 The State Of International Affairs 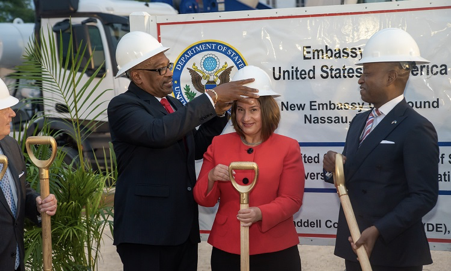 Let us say this, we probably could not say no to the US about building their new embassy in the heart of the town of Nassau. But we think that it is  a bad idea and has profound implications for our security and the state of being in  the city of Nassau and the ability to take a walk and drive through the town.  This is a free city and now we have this embassy which will now cause the place to be overly security conscious. We may regret this. The Prime Minister Hubert Minnis was fulsome in his praise 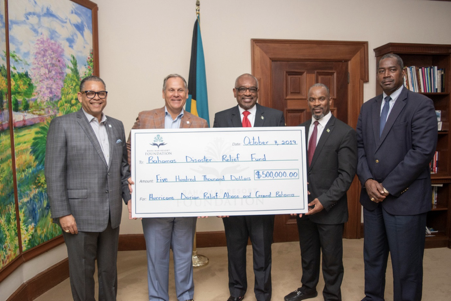 A Cheque For Hurricane Relief From Bahamar 7| October 2019

Would it not have been more useful to hire a few more people?

The Deep Water Cay Resort that was the engine of the economy of East Grand Bahama has announced that they will take the insurance money and run.  This follows the usual pattern in the last decade in Grand Bahama. The Princess Property was damaged by hurricane. The owners collected the insurance money and left the building abandoned in the city centre.  Hutchinson Whampoa did the same thing after Hurricane Matthew in Grand Bahama with the Grand Lucayan Hotel.  They were a little smarter. They got the Government to buy the hotel of them. They got an inflated price and they 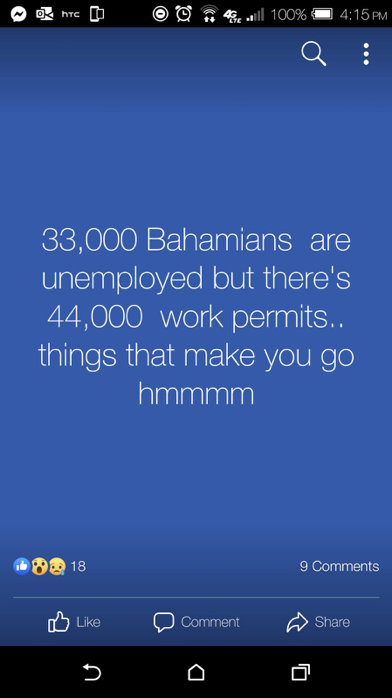 Something To Think About Work Permits 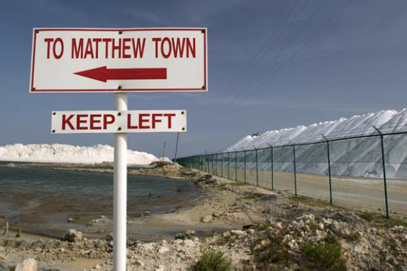 On the last three days of the week last week, Inagua was deluged with rain. Usually Inagua is bone dry. With the coming of the torrential rains, the remnant of Hurricane Lorenzo coming from the Atlantic Ocean came the mosquitoes. They swarmed and it made it impossible to stand up outside without batting them away. Meanwhile we are pleased to report that there is peace and calm around the salt flats, owned by Morton Salt. The Union and the Morton Executive came to a tentative agreement and the union membership has ratified the agreement. There is peace in the flats. 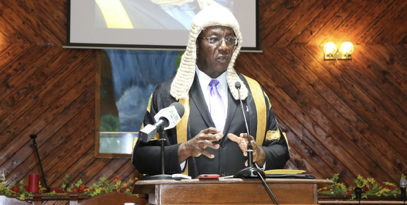 Mitchell Says The Speaker Is A Joke

For Immediate Release 2 October 2019 In a back handed slap to democracy and freedom of speech, the House Speaker and not surprisingly the government members of the House rejected a proposal for an open and frank discussion on issues surrounding and related to the recent passage of Hurricane Dorian. What a joke the Speaker has become. Just days ago the Speaker was boasting about 290 years of Parliamentary democracy, but when given the opportunity to defend democratic principles, he dropped the ball. The African ancestors are ashamed of him. The House Speaker should be ashamed of himself. The decision 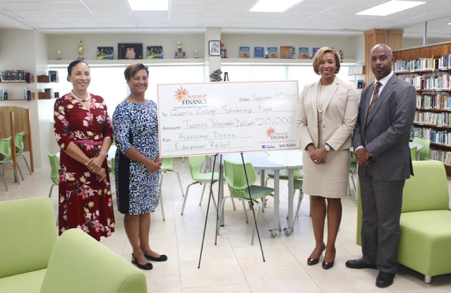 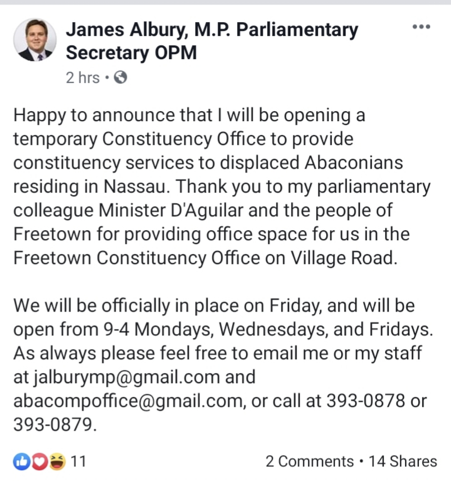 James Albury South Abaco Says They Lied On Him

James Albury MP says that contrary to the popular story, he was in fact in Abaco during the storm and did not contrary to popular opinion abandon ship.

Statement From the Chairman of the PLP On The Use of The Fox Hill Community Centre For Immediate Release 2 October 2019 I am advised that raw sewerage is coming up through the drains of the Fox Hill Community Centre. This is because too many people are sheltered there and the building was not meant to deal with long term sheltering of people. The cesspit has required constant pumping and obviously something has now gone amiss.  The day before one of the  air conditioning units reportedly stopped working because items of clothing were hung around the machinery.  The building is

The Not So Sad Case Of Fred Smith

For Q C Fred Smith reportedly went to Italy to celebrate his birthday. In stead of doing that according to him, he almost died in a freak accident while hang gliding in Italy.  True to being the drama queen that he is, he spoke from his hospital bed about how he almost lost a leg and what happened when a draft slammed him into a mountain side and he had to be rescued by helicopter and that he was lucky to be alive. We have no sympathy for him. He has caused innumerable problems for his country by his obdurate

Senator Fred Mitchell posted this on Facebook on 26 September 2019: “I can’t believe I have met the great King Erisson, king of the drums, at the memorial for John ” Chippie” Chipman with whom I share a birthday 5 October. He died at 90 and I will turn 66 on 5 October 2019. But fantastic to meet King Erisson. 26 September 2019 in Rawson Square.” 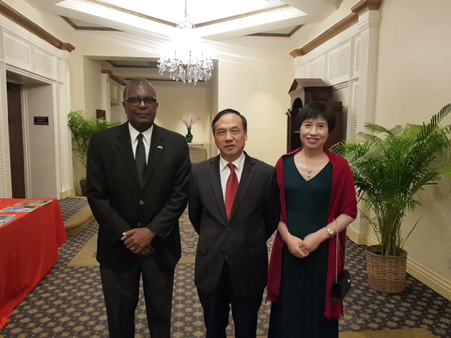 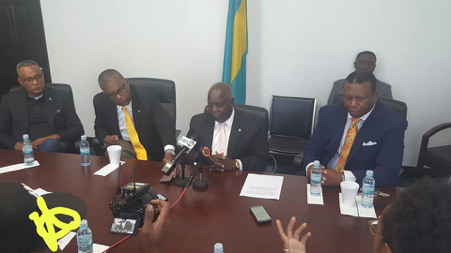 Leader Of The Opposition Accuses The Government Of Negligence 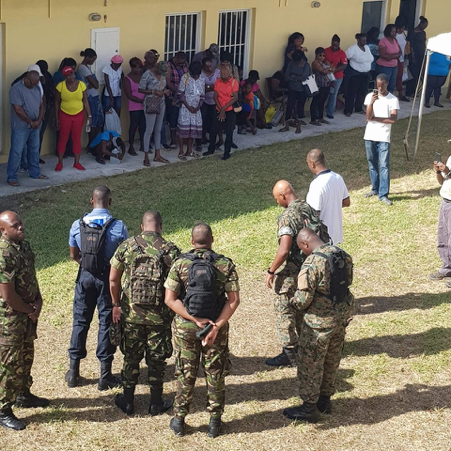 McAlpine Left Out In The Cold

The report coming out of Grand Bahama is that the PLP was forced to turn over the goods it solicited to the Government and NEMA. The goods were for Freeport people.  Turns out the NEMA people handed them over to the FNM for distribution from the FNM’s headquarters.  Then the other report is that notwithstanding the fact that Frederick McAlpine is an FNM MP, no official relief supplied has been given to him by the FNM. So, he has had to make do on his own.  What a shame. The FNM is unhappy because he keeps calling them out on 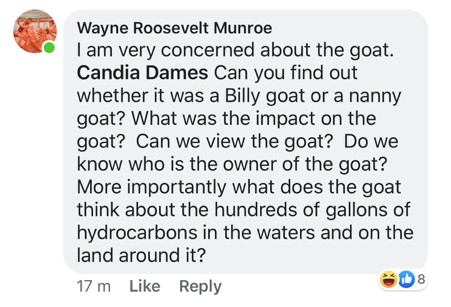 The following was posted on 24th September 2019 by Wayne Munroe Q C: 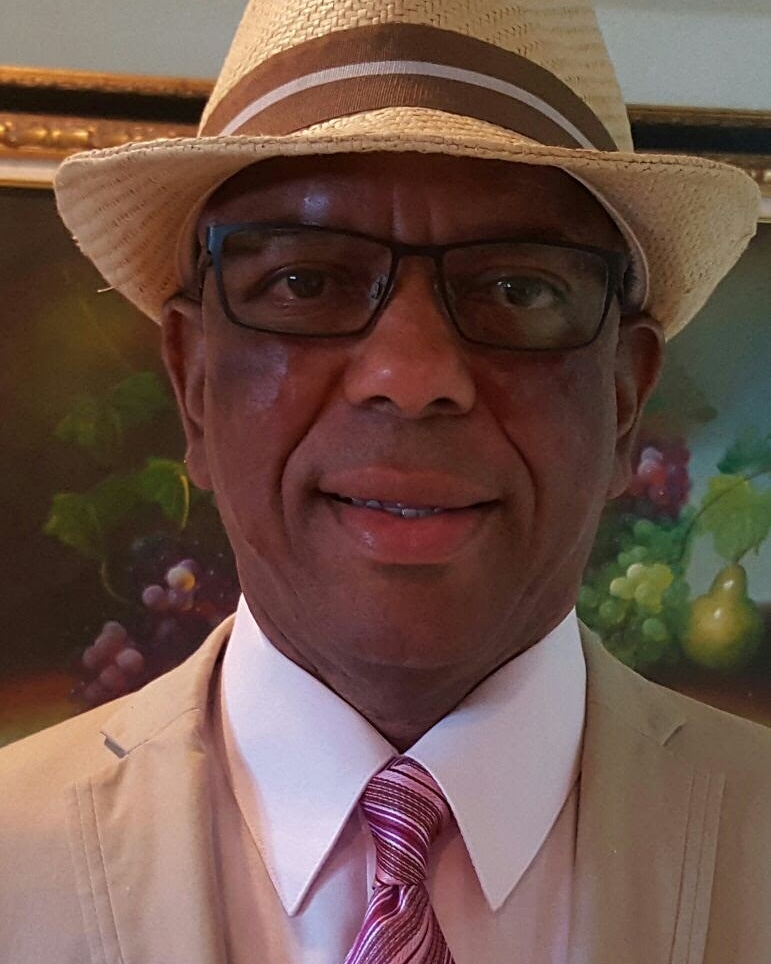 The Ministry of Toursim today is mourning the passing of Marcian Cooper. He left this world this morning after his long battle with cancer end. May his soul rest in peace. 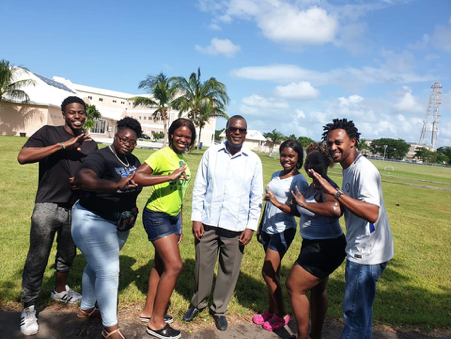 Mitchell At The University Of The Bahamas 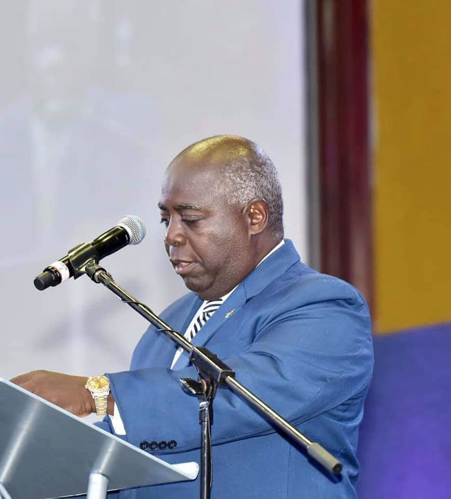 Brave Davis At The National Service Of Mourning 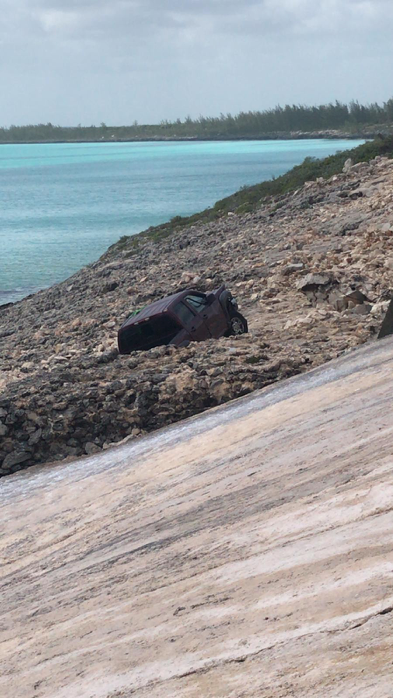 Glass Window Bridge Had To Close

Hurricane Humberto never made it to The Bahamas but cast a glancing blow on Bermuda. It churned up the waters and the air and within hours we felt here on the north west flank of our country. The Glass Window Bridge in Eleuthera had to close to all traffic and the western shores in New Providence were choppy and the land nearby flooded. 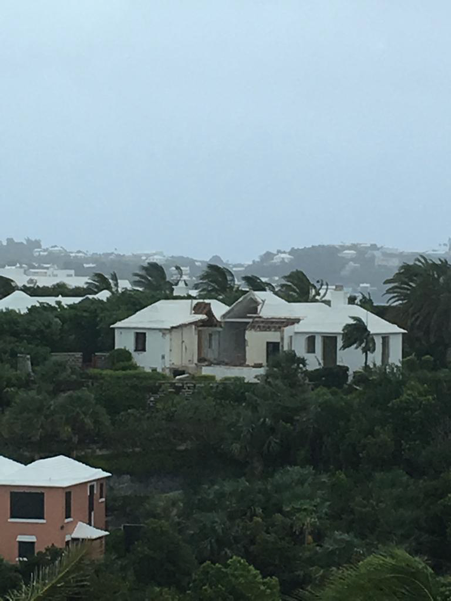 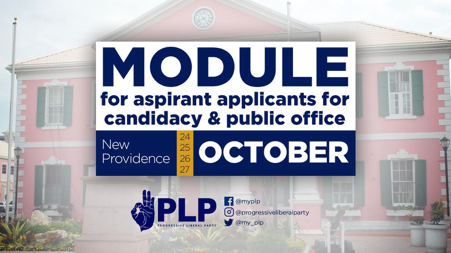 Course For Would Be Candidates Of The PLP 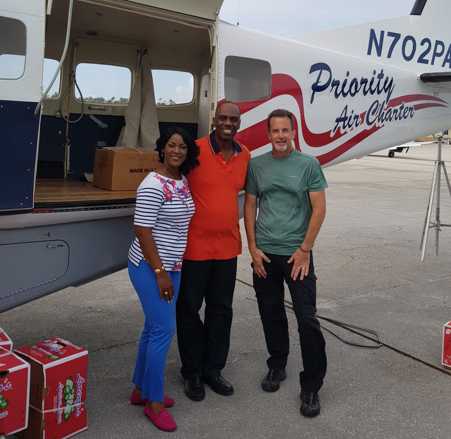 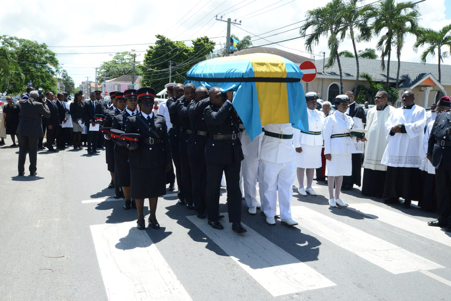 BRIAN SEYMOUR’S UPDATE ON THE MESS IN FREEPORT AFTER DORIAN

THE WATER AND SEWERAGE VICTIMIZES LONG IS. PLP TOWNS

THE PLP LEADER’S WALK IN THE STRAW MARKET

ANOTHER REASON FOR THE MINISTER OF HEALTH TO GO

MINNIS SAYS THAT WE ARE TOO DUMB TO UNDERSTAND