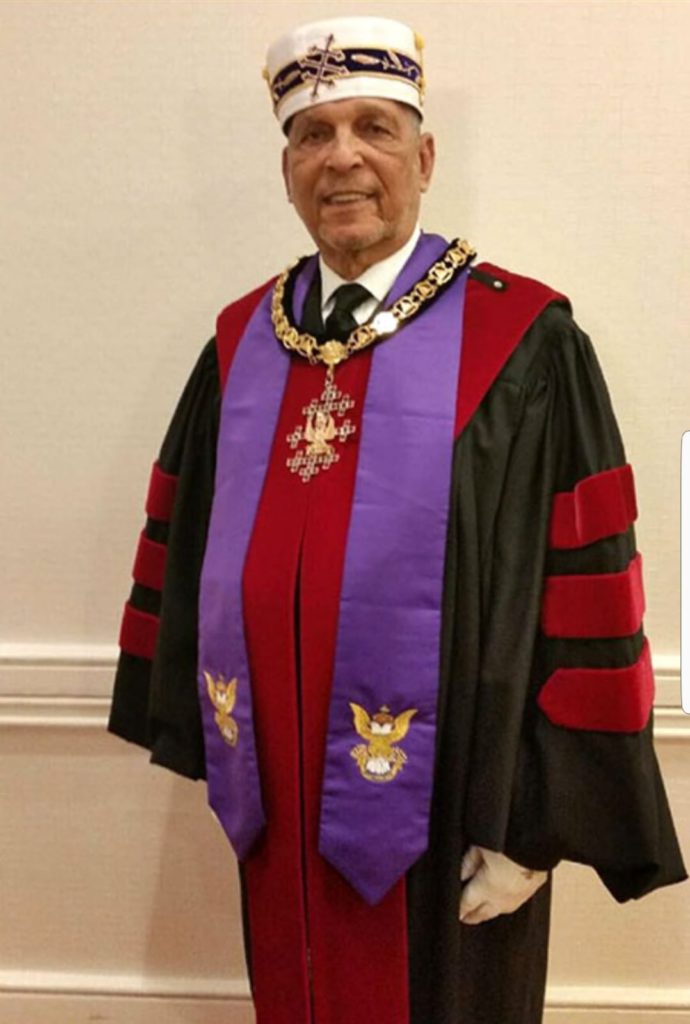 Illustrious Basil Sands loved God. He was devoted to his God and his Anglican Church, while respecting the many ways in which people express their spirituality.

During the Episcopacy of Bishops Eldon and Gomez, Mr. Sands, the Treasurer of the Diocese, who served voluntarily, designed and implemented strategies to strengthen the fiscal foundation of the Diocese. He also served Bishop Boyd and remained available for astute advice. The Bishops and he recognized the need for an holistic approach to decision making. I remember well the piercing questions and silent strength of Mr. Sands at meetings of Diocesan Committees to change the Canons, the Education Authority and recruitment of persons testing their vocation. The full impact of every decision was fully examined and measured. Bishops in the Province also called upon Mr. Sands for advice and assistance.

He was a Family Man. He and his devoted wife Robertha “Bobby” Sands, did everything that they could to ensure that their children were well educated – in the truest sense of the word. They were an incredible team. They love family. Growing up, their house was always filled with family and friends -including their children’s friends. Significantly, they were married for more than 65 years- demonstrating their belief in the importance of marriage as the foundation of family and community life.

Mrs. Sands, who worked with my Mother at B.O.A.C., loved to travel. Mr. and Mrs. Sands ensured that through travel and education, their children understood their place in the world. Because they are well educated, each of his children – Robert “Sandy”, Diane, Basil, Renee and Duane (“Ernie”) – have taken their place in leadership in their professions and in public service, at all levels. This fact, understandably, is a source of great pride for their parents.

Mr. Sands also served as a Father figure and mentor for his nieces and nephews and countless others – nationally and internationally.

A Chartered Accountant by profession, he worked tirelessly and gave sacrificially to the accounting profession. This service is forever etched in history by his record as a founding member and director of the Bahamas Institute of Chartered Accountants (“BICA”), by which he has been honoured.

This visionary and courageous man lived through the era when people, including Bahamians, did not repose confidence in Bahamian accountants, especially if they were people of colour. This trailblazer worked hard to change that view. He understood that the future of Bahamians in the profession rested on the shoulders of people like him. He worked extremely hard; was an exacting task master and skilled mentor. His extraordinary competence, professionalism and integrity remain unchallenged. His firm PKF is a leading accounting firm in The Bahamas. It gave him great pleasure to work with his daughter Renee, also a Chartered Accountant. I know she appreciated the opportunity to enjoy a professional relationship with her Father. They ably demonstrated succession planning in business, to our young Nation.

One would imagine that with his stellar service to Church, Family and Profession he would have no time for anything else. Not so.

Many NGOs have benefited from his benevolence. He was a dear friend of my Father, Sir Clement Maynard, both being “out East men”. Both came from humble beginnings. He worked with and advised my Father on Gambier House, which was turned over the PLP debt free, the Senior Citizens Centre, the Yellow Elder Day Care Centre and the G.K. Symonette Library, all Projects commenced and completed, debt free, by those Teams of visionary men and women.
And, he gave similar seminal service to scores of other NGOs and generally to Bahamians who sought his advice.

Mrs. Sands also worked with my Father, as Manager of Personnel and Services, at a time when he and the Leaders in the Ministry of Tourism were reshaping that Ministry so that it could fully achieve its role as the main engine of the Bahamian economy. This intelligent and gracious lady, as well as understanding the travel industry, is a natural mentor. Many young Bahamians became leaders in the industry, nationally and abroad, and new programs, like the People to People Program became entrenched.

The Honorary Consular Corps (“HCC”) at its birth and until his retirement benefited from Mr. Sands’ wisdom. While he was Honorary Consul to Japan, the Emperor of Japan bestowed upon him, Order of the Sacred Treasure. Members of the HCC and many Ministers of Foreign Affairs benefitted from his diplomatic skills.

Her Majesty the Queen honored him when she bestowed upon him the honour of Companion of the Order of St. Michael and St. George.

Perhaps the public service of which he was most proud was his service to his beloved Ancient and Accepted Scottish Right of Freemasonry, Prince Hall Affiliated. As well as being a 33º Mason, he served for many years on the United Supreme Council. In 2016 he was elected to the highest office, of the Sovereign Grand Commander, a post that he held at his passing. He was the first non American to hold this position.  In this capacity he led over 7,000 Scottish Rite Freemasons, Prince Hall Affiliated, from the U.S.A., Barbados, Canada, Europe, the Far East and The Bahamas. At the Testimonial Ball held by The Bahamas Council of Deliberation to honour him in 2017, it was clear to all that Mr. Sands is held in the highest esteem everywhere that Freemasonry exists.

I’ve known Mr. Sands all of my life. It is pellucidly clear that he was a role model and a nation builder. The Bahamas is better place because Mr. Sands, served God and people, quietly, congenially, generously, and graciously; with excellence, dignity and integrity – seeking no reward. He was a patriot- a Nation builder.

I pray that Mrs. Sands and the entire family will be comforted in the days and years ahead as they hear from people all over the world, and from all walks of life, how Illustrious Basil Sands positively impacted and changed their lives.

Mr. Sands is a national hero.

My Mother, Zoe, Lady Maynard and our family extend deepest sympathy and prayerful support to Mrs. Sands and their family.

May He Rest In Peace.