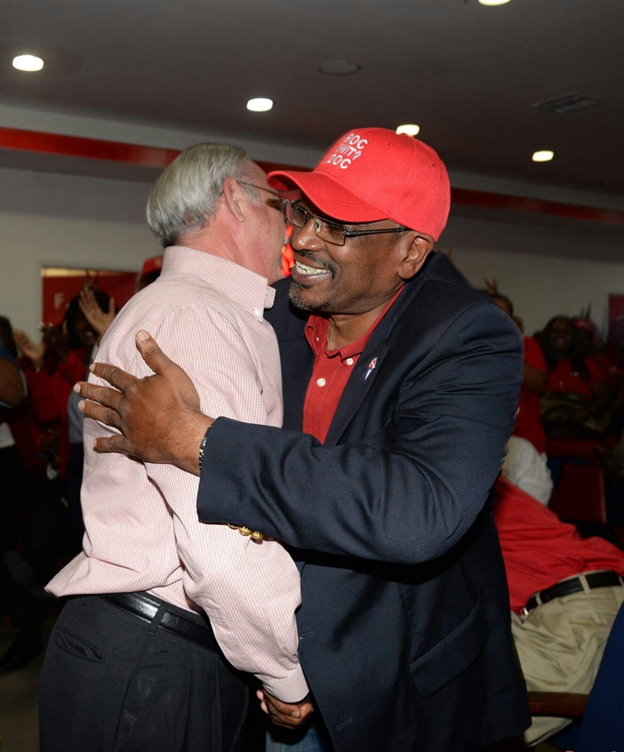 What could have possibly been in the mind of Hubert Minnis, the Leader of the FNM, to bestow a nomination for the safe seat of St Ann’s on Brent Symonette, the disgraced former Deputy Prime Minister under Hubert Ingraham, who left politics in the pall of a scandal of self-dealing? This same Dr. Minnis who has accused the PLP of being the most corrupt government now has an asp in his bosom, a proven corruption aficionado.

Last week, it was finally announced that Brent Symonette, the son of the former Premier of the Bahamas, will now have a shot at getting his papa’s old job. The man who presents him with this dubious opportunity is Dr. Hubert Minnis. Dr. Minnis is not an Uncle Tom but after fighting off Bay Street and the attempt to capture his party last year, why would he allow it?

As sure as night follows day, Brent Symonette will make a move to displace Dr. Minnis. Knowing the number of Uncle Toms in the FNM, who worship anything the white man says, it will only be a matter of time before they all capitulate and Mr. Symonette will emerge the leader. My! My! My!

What is left of course is for the PLP to make sure that the election does not turn in such a way that that opportunity is presented. It is a very quizzical situation.

Here you have man, who does not deserve to be in the House of Assembly and the only way he is getting the opportunity is because of money. No doubt, he promised his money to the FNM. But Brent Symonette is not his mother. Unlike his mother, he is mean spirited and cheap. The FNM will not get one cent of his money. They may get a hint that he may give them some but in the end he will give nothing. So Dr. Hubert Minnis and his FNM are on their own.

Brent Symonette has been quite a clever dog in this whole thing. He caused Loretta Butler Turner to move against Dr. Minnis, weakening him by replacing him. He gave the impression that he would support Mrs. Butler Turner’s effort to lead the FNM. Once it became clear that that effort was going nowhere, he simply turned and supported Dr Minnis, or so it seems. So he got rid of Mrs. Turner as a threat and now is poised to cut Dr. Minnis’ throat. What a wonderful opportunity. Let’s pat him on the back. Treacherous.

The PLP must ensure that we do not return to the UBP and the days of yore when we were all subservient to an iron fisted oligarchy. For now it’s Dr. Minnis’ problem. He allowed his friend and ally Carl Bethel to be dumped in favour of Brent Symonette. What a shame.