Condolences On The Passing Of Lady Zoe Maynard 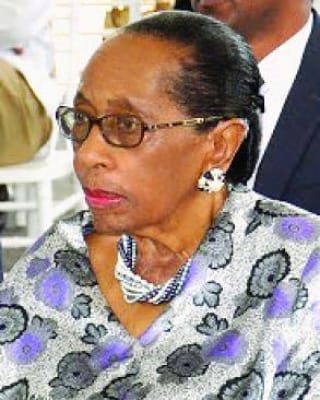 The following statement was issued by the PLP on her passing:

From The Leader of The Opposition

On The Passing of Lady Maynard

I am deeply saddened to learn of the passing of Lady Maynard this morning.

The wife of former Deputy Prime Minister and Minister of Tourism, Sir Clement T. Maynard, Lady Maynard was a true matriarch of the Maynard family, a pillar of strength and the wind beneath Sir Clement’s wings as he worked tirelessly in public life on behalf of the nation.

A supporter of the progressive movement, the party thanks her for her selflessness in her support role in sharing Sir Clem with us, appreciative of the inherent associated challenges and the toll public life places on family life.

In her own right, she was a freedom fighter, particularly for women’s rights and in the arts. She followed in the footsteps of her own dear mother Meta Davis Cumberbatch as a patron and supporter of the arts and artists.

Lady Maynard has been faithful; she ran a good race and has gone on to receive her just and eternal reward.

The statement from the Maynard children:

Zoë Ruth Davis, Lady Maynard, passed away, peacefully, at her home on 10th December, 2018. She was predeceased by her loving husband of 62 years, the Honourable Sir Clement T. Maynard; her son, C. R. Julian Maynard; and her sister, Gloria H. D. Lockhart.

She is survived by:-

A Mass of Resurrection to Celebrate her life will be held at St. Matthew’s Anglican Church, Shirley St. and Church Lane, on Wednesday 12th December, 2018 at 3 o’clock in the afternoon.

In lieu of flowers, donations may be made in the name of Zoë, Lady Maynard, to Abilities Unlimited or the Bahamas Humane Society.