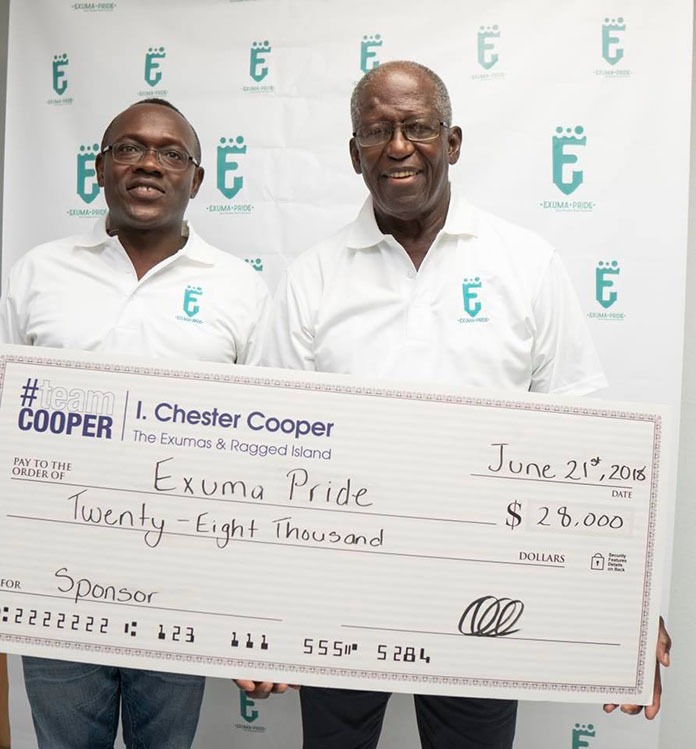 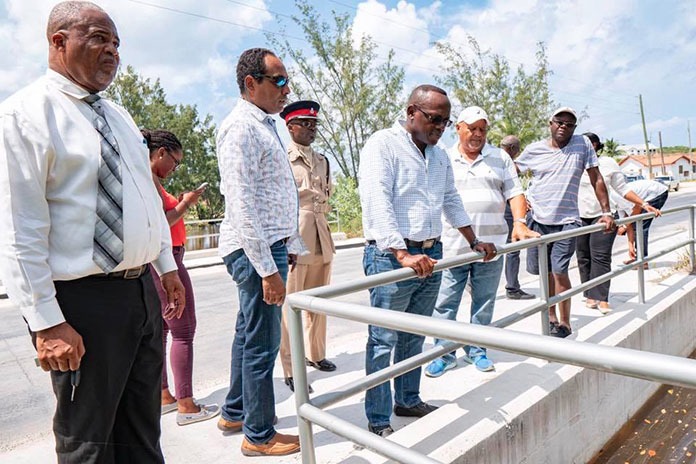 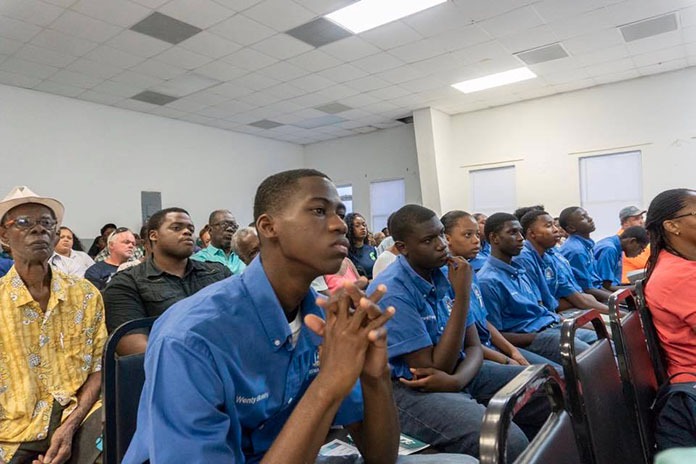 EXUMA PRIDE IS HERE! Area MP Chester Cooper sets stage for new Exuma community. On Tuesday 26 June, Mr. Cooper made the announcement about Exuma Pride.  See the story below.  This is in sharp contrast to the visit by the Prime Minister the next day in which he told one lie after the next about why VAT must be increased. Instead of giving back to the community of Exuma, he took away.   So congratulations to Exuma and to Chester Cooper.  The Prime Minister says he intends to win the Exuma seat.  This is his quest to get all seats in The Bahamas.  We must work to defeat him

Exuma – Launched just days ago, Chester Cooper, the MP for the Exumas and Ragged, donated his entire yearly parliamentary salary to an initiative to keep Exuma beautiful and sustainable!

Read the details of the event and check out the pictures. There will be more to come on Exuma Pride. Stay tuned! #exumastrong #teamcooper#exumaproud

Scores of Exumians came out for the launch of Exuma Pride at the E.C. McKenzie Auditorium in George Town on June 21. Exuma Pride is a program designed to clean up, restore and sustain the natural and indigenous beauty of Exuma and the Exuma Cays, is the creation of Exumas and Ragged Island member of Parliament Chester Cooper, who jumpstarted the movement with the donation of his yearly MP’s salary.

Exuma Pride will serve as a foundation with specific responsibilities, a board and a working budget, focused on making Exuma the envy of the country by committing to specific targets, small and large in scope, with the cooperation of locals and those in central government.

At the heart of the sustainability of the environment is sustaining and improving the way of life for the people of the Exumas.

The islands remain beloved by visitors and those who live there, but when the environment doesn’t reflect the pride for Exuma that those who live feel in their hearts, those who love her most stands to lose the most.

“It’s an initiative to really preserve and sustain the environment, and really the economy of Exuma,” Cooper said at the meeting.

“This is an opportunity to really rejuvenate the island of Exuma. It’s an opportunity, really, to keep Exuma clean, maintained, and create a sustainable island environment for residents, as well as our tourists.

“Exuma has done really well over the past several years, we must continue the trend, continue the success. And in order to keep that success we have to keep the foundation strong.

As breathtakingly beautiful as the Exumas and her cays are, there is much that can be done to reign in dumping, littering and eyesores that remain in disrepair throughout the islands.

It doesn’t have to be this way. And Cooper has developed a plan, beyond a clean-up campaign, beyond a political concern, that will see Exumians come together to make their home the envy of The Bahamas.

There are also major things that require the involvement of the government.

It’s one of the reasons Cooper invited Environment Minister Romauld Ferreira to the launch of Exuma Pride and a tour of Exuma; so, he would be sensitized to the concerns and needs of Exumians.

“This is a journey that we have to take together, and this is the first step,” Ferreira said.

“We have to see this as not my problem or your problem, but our problem. The issues surrounding this are bigger than any political party. These are our issues. Unless we do our part to safeguard our future for the generations to come, we are poor stewards of our environment. Really and truly, we are all in this boat…called Exuma Pride, together.”

Many facets of civil society have already come on board for Exuma Pride.

Team Cooper, the office of the Exumas and Ragged Island MP, the Exuma Foundation, the Kiwanis Club, The Cancer Society, the Exuma Sailing Club, and lodges have come on board as part of Exuma Pride.

And any organization that wants to make a difference or would offer a contribution is welcome as well.

The initiative will have various pillars that focus on immediate, medium term and long-range goals.

These will include a derelict vehicle, appliance and barge removal program; the painting or demolition of old houses, and proper maintenance and cleaning of George Town; spaying and neutering animals; the upkeep of public spaces, proper signage; infrastructure refurbishment, park maintenance, verge cleaning; historical site upkeep and beach stewardship, including placement of restrooms, trash receptacles, and central disposal bins.

Cooper said the donation of the seed money of his yearly parliamentary salary of $28,000 was both practical and symbolic.

“I wanted to lead by example by donating my full parliamentary salary to the initiative,” he said.

“I think it’s important to demonstrate leadership, to put my money where my mouth is and ensure that I send a very strong signal to winter residents, to locals, to anyone who is willing to donate, that I believe in Exuma Pride, that I’m prepared to put my money behind the initiative, and also my work.

”So, with hard work, with the support financially, and otherwise, from our community, I believe we can do significant things together.”