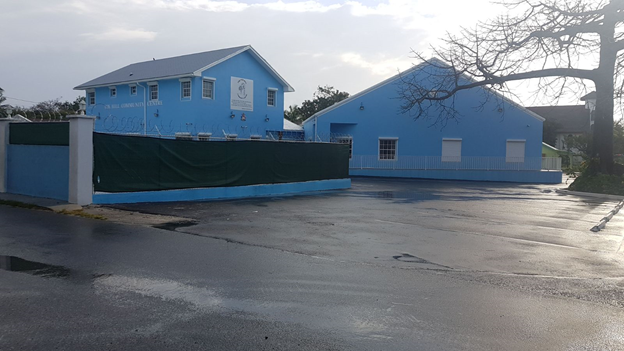 I ask the people of Fox Hill who are the owners of the Centre to focus on the following:

The Fox Hill Community Centre is a privately owned facility established as a not for profit corporation by the late George Mackey in and around 1990. It is governed by an independent Board of Directors and the government has no role in its governance.

Before I left office, the Government agreed to take a lease of a certain amount of space for specific programmes with a management agreement given to the Board. The Government I am advised has reneged on its original agreement to conduct certain of its social programmes on anti-violence in the facility. The Government had agreed that they would pay the utility bills, the management and staff. The Government has only partially fulfilled those commitments. Therefore, I think as a matter of contract there is no agreement between the parties and each party can if they wish go their own way.
In the circumstances, that would be in my respectful view the best decision by the Board of the Centre.

The facility is certainly free and clear. There is no mortgage. It is a gift to the people of Fox Hill who after their contributions to this society deserve a magnificent gift. Fox Hill is still the repository of African culture in our country.

When you are a government and a representative for a constituency, you get things done for constituents. You do not complain about what others have not done; you try and do for yourself. You leave a legacy for yourself. I tried to do that. The Fox Hill Community Centre is a proud legacy to that effort on my part, without equal.

Young, poor black boys and girls have a facility that is theirs and their elders have the responsibility to ensure that it remains independent and is not usurped by politicians who are “begrugdeful” and lack vision.

I have said many times and it is worth repeating. Say whatever they want, if I were the MP for Fox Hill, the power to the Centre would not have been disconnected in the first place and by now, after four months, it most certainly would have been back on. The fact that the power is not back on in the face of a clear Government commitment to pay for the power, speaks volumes about representation, without the PLP having to say one word about anything these people have said in the House of Assembly. The facts speak for themselves.

My warmest regards to the people of Fox Hill and especially to the little children for whom the facility was built.

Your government now the FNM may despise you but that building the Fox Hill Community Centre is evidence that the PLP loved you and we continue to do so.