HOW POLITICIANS BEG FOR MONEY? 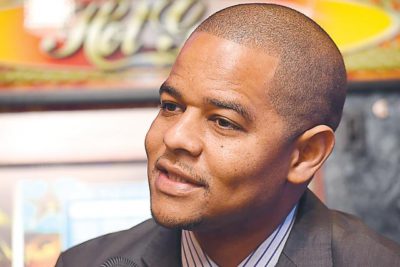 The Attorney General Carl Bethel released last week a draft bill to the Leader of the Opposition for the control and regulation of political parties.  As they say in Jamaica: ya must be mad.  The bill seeks to force political parties to register with a Government agency specially created for that purpose. It seeks to restrict most importantly the funding that they can receive.  They limit in particular donations from people and businesses who are connected with gambling.

Bullseye!  Senator Fred Mitchell was criticized by the now reportedly en ventre sa mere Candia Dames at the Nassau Guardian as speaking of a bizarre thought that the FNM was by lining the pockets of Brent Symonette through the lucrative contract to put the post office in the Town Centre Mall, giving him the money to help the FNM fund their campaign for the general election. This bill in circulation is the clearest sign yet that the FNM has no possible good intent in their public policy making.  They are intent on destroying the PLPs political reputation and one of the ways they are doing that is also by attacking the financial base.

In this country, if you want funding for general election campaigns, there are four sources of major funding: the conchy joe businessmen, also called the White Knights or the Bay Street Boys; the rich black businessmen who are a part of the Sunshine Group; the Lyford Cay, Albany, Old Fort Bay Crowd; or the Web Shop Boys.   The FNM controls all the sources except the latter and the Sunshine Group.  If they get this bill passed, they then will have eliminated any possible sourcing for the PLP’s campaign.  The PLP should have their eyes wide open on this.

What is interesting is that many of the younger PLPs don’t get it.  They seem to live in this unreal puritanical world where everything is perfect and upfront.  They do not realize that the FNM are a party of crooks who are experts at fooling the public that that which is actually bad for the public is good for the public but what it really means is that it is good for the greedy FNM.

Inside many of the groups, there was this horror at the thought they said of Ministers of the Government, read PLP Ministers of the Government “begging Sebass” for money and that he had gotten tired of it.  “Sebass” is the contraction for the Web Shop Mogul. He is a brilliant young man and a sensible businessman from all appearances. We would like to know how many times our now sanctimonious Prime Minister has called up and asked for political donations from that same source.

We don’t know if this is true or not, but we think that the people who run the web shops in the country should have no reason to ever get tired of the PLP.  They have to thank their lucky stars that the existence of their legitimate businesses in The Bahamas is as a result of the PLP; nothing more or less.   It would seem in the face of evidence that the FNM is intent on destroying the web shop business that the better thing to do would be to generously support the PLP; for survival’s sake.  But who are we to say what they do with their money.

Carl Bethel quickly ran to the press and said that this was not the bill which he would support.  He then gratuitously added that the bill was drafted under the PLP. There we go again: blame the PLP.  Let’s say for the record.  Bills are drafted by the Law Reform Commission and are circulated for comment.  The Bill was never approved for circulation by the PLP.  It is therefore the FNM’s draft and it is they who now have it circulation.

The PLP would be foolish to support it.