INGRAHAM DECLARES WAR ON HIS OWN GROUP 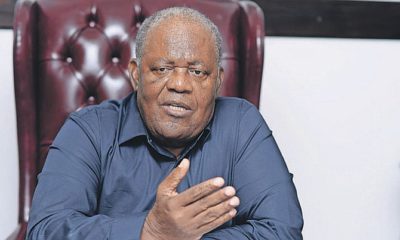 How things change in twenty four hours.  Hubert Ingraham launched a full scale war on his own side and on his protégé Hubert Minnis.  He told the press last week and his favourite woman in the press Candia Dames that he was against buying the Grand Lucayan Hotel, buy the Grand Bahama Port Authority instead.  He said he thought that the policy of the FNM Government on the school uniforms is wrong and should be reversed.

Now we wait for the other shoe to drop.  Will Hubert Minnis or the resident apologist for the Lyford Cay crowd Peter Turnquest answer Mr. Ingraham?

Mr. Ingraham is still a figure of hero worship within certain sectors of the FNM. Obviously he still gets the vote of Candia Dames. The idea is to set the cat amongst the pigeons no doubt.  Mr. Ingraham has been sending signals to the PLP that he was going to do something dramatic which would reset the stage in the coming weeks.

We don’t know if this is it but this was certainly dramatic.

The question now is what the hell Hubert Ingraham is up to. He is up to something for sure.  Perhaps the Chairman of the PLP should test him and send him an offer to re-join the PLP.  Just joking.

Perhaps we can find out from Rodney Moncur, the talk show host, who sits at his side in McDonalds on a Sunday morning and hears from the great master.

Privately Mr. Ingraham has said that he does not intend to take the national honour bestowed upon him by the National Honours Act and announced at independence day that of Order of the Nation  This confers the honour of Most Honourable on him.  He said that Dr. Minnis has only done it to “curry favour” with him and that he therefore will not accept it.

This is interesting stuff but very much a side show for the PLP.  The party must continue to get its act together and press forward.  The prize is ours to win and not theirs to lose.  It’s fine these people having their troubles but don’t count on that to win.  We have to work to win.