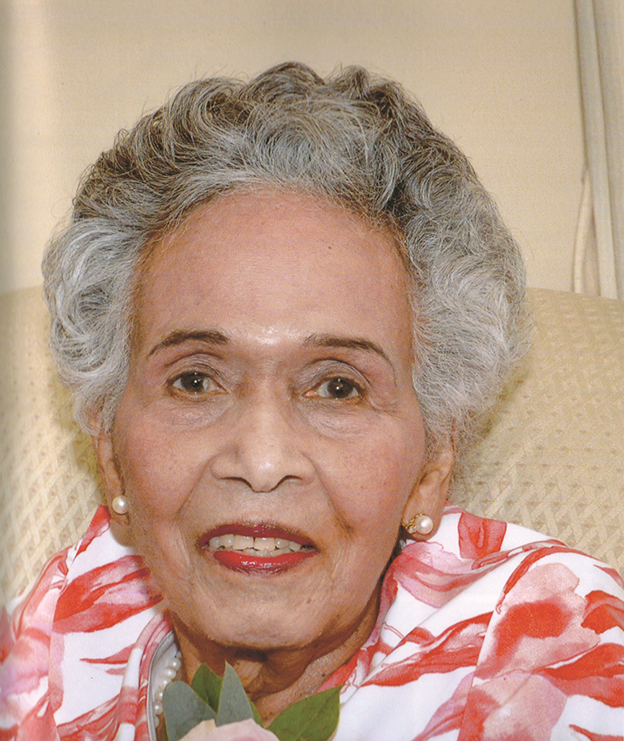 LADY Laurie Miller, the widow of the late Sir Albert Miller, died at her home in Freeport on 27 February. She was 93. Her husband, former Chairman of the Grand Bahama Port Authority and retired Deputy Commissioner of Police, predeceased her in 2015.  The Tribune reported that her son Russell Miller said the following:

“I think it’s important to know my mother meant a lot to so many people and in our grieving and our sorrow, it’s comforting to know so many people have reached out to us and expressed condolences, well-wishes for us and understanding our great loss.

“My mother was such a strong and comforting force within our family. She wasn’t one to involve herself in idle talk or gossip, but when she spoke it was meaningful and powerful and she had something to say.

“I think we miss most the fact that she did everything within her power to keep her family together as one and made sure her love and her affection for us, of us (children) was well known.”

“It is with tremendous grief and sadness that we confirm the passing of dear mother and friend. As we mourn we are reminded of her devotion to God, commitment to humanity, her dedication and love to family, friends and mankind. She served a full and exemplary life and we will truly miss her.”

Lady Miller was the former patron of the Let’s Read Bahamas campaign.

The Miller family thanked all for their love and support and asked for the continued prayers of the community.

Deputy Prime Minister Peter Turnquest issued a statement saying that Lady Miller’s passing represents a tremendous loss for Grand Bahama and the wider Bahamas. He said Lady Miller was a God-fearing woman who bore a spirit of philanthropy, and contributed much to the country’s national development. He extended heartfelt sympathy to the Miller family on behalf of the government of the Bahamas.

Sir Albert was a former deputy police commissioner who served for 28 years in the Royal Bahamas Police Force.  After resigning from the force, he became the first Bahamian to be appointed to the post of president of the Grand Bahama Port Authority. He has been described as an iconic leader in the growth of Freeport.