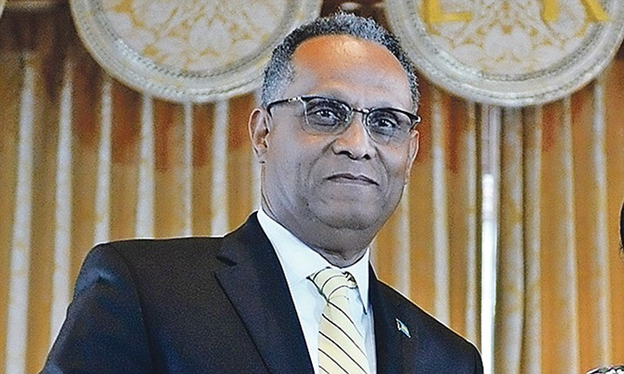 The PLP’s Spokesman On Grand Bahama had this to say about the Oban Energy project which the FNM Government is foisting on Grand Bahama. The report comes from The Tribune and is remarks were made at a press conference at the Committee Room of the House of Assembly on Friday 2 March and reported by Ava Turnquest:

“In browsing the HOA tabled yesterday, I understand that this issue with the EIA is of concern. I would say clearly that the people of GB will not stand by and allow a project in East Grand Bahama to destroy the environment that is so necessary for the survival of this entire island,”
“I have great concern about it (the clause). I do not think it should be included in the HOA. I always say it is not good to put the cart before the horse. And I think in this particular case, the government should have done their due diligence to ensure that the EIA was adequate for the proposed site rather than going the opposite way.
“They will definitely have major criticisms because of that clause. And to backpedal now to try to figure it out could mean litigation or some issues for the government to try to pull out of the deal,

“I can say that I have some concerns that stem back from the time when I had the opportunity to meet with representatives of Oban’s Technical team.

“What we found is that there are some sensitive water aquifers under the ground that is very important for the longevity of water supply for the entire island of Grand Bahama.

“So any project that would go into that area must satisfy these environmental concerns. And so, the site that was proposed under our administration was in close proximity to Stat Oil, and there were some sensitive issues there.

“For years the people of Pinder’s Point, Lewis Yard, and Mack Town have complained of environmental impacts that such a facility of that nature would have in their community.

“I believe GB is the industrial capital of the Bahamas. If it was not for industry, I think our economy would have been worse off than it is today.

“When I was the minister I pushed very aggressively for growth and development in the industrial sector and looked for companies that would operate oil storage facilities on the island – it is a perfect location for it.

“BORCO at any particular time will have 21 million barrels of crude oil from all over the world. We understand the business and have been in the business for many years and learn how to operate in a fragile environment. But I would not have signed the HOA without doing the EIA to ensure the project would be viable, and safety protocols necessary to protect our environment in that sensitive area.”