ON BPL THE FNM BLIND DEAF AND DUMB 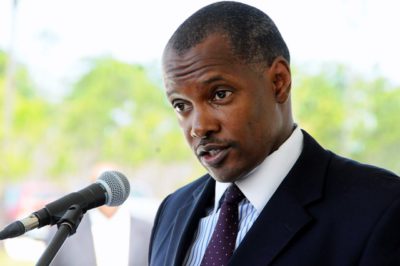 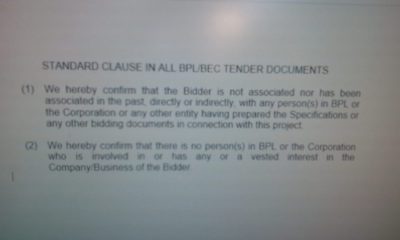 The thing that strikes you about the FNM is just how dense they are.  Is it that you think or is that they are just inherently stupid, arrogant and corrupt?  Something must be wrong with their heads.  We know for sure that the 35 to 4  general election result has certainly gone to their heads and all reason has fled from them.

Ask yourself this question: you come to office campaigning on the theme of corruption and management issues.  You came to office arresting PLPs with no reason to show that the PLP was corrupt. So, you would have thought that the FNM would be squeaky clean.  But not so as it turns out.

Can you believe that in the same and actual corporation where one FNM was already convicted for being crooked, that they were trying to pull a deal?  That is the import of all that has gone on this past two weeks with regard to the Bahamas Power and Light Company.

The Minister Desmond Bannister is responsible for the whole mess. First, they have all failed in their primary mission which was to keep the power on during the summer. Then when they embarked on their plan to switch to the next generation of power, there was a fight in the Board.  The Minister in his statement accused the Board members that he later fired and did not reappoint of being corrupt. Well he didn’t quite say that but the clear imputation in his dismissal notice to the public was that there was something rotten in Denmark.

That is how Darnell Osbourne, the ousted Chairman of BPL, took it any way.  She struck back with a litany of complaints against the Minister saying that either he was crooked, or he was protecting some employees in the Corporation allied with him who were crooked.

This fight amongst FNMs all played out in the public domain.  Remarkable.

The Prime Minister Hubert Minnis had had enough so he called in the former Board members and asked them do for Christ sake stop talking to the press.  They agreed and thought that that meant that the Minister would stop talking too.

He didn’t. He said Mrs. Osbourne was a crook causing BPL to pay for make up.  That was a lie as it turns out and Mrs. Osbourne answered chapter and verse.  Last week, another former Board member went to the press to put the lie to all that Desmond Bannister alleged. The Minister had not answered so one guesses the Board member was correct.

The Minister’s answer was to direct the new Board to finalize the deal with Shell North America.  This is the same deal that the Chamber of Commerce is questioning as suspect.

Things are not only curiouser and curiouser but crookeder and crookeder.

In the meantime Paul Maynard, the head of the Union, threatened mayhem if the two allies of the Minister at the Corporation don’t stop interfering with his members.

The coup de grace was the declaration by the new Chairman of the Board of BPL Dr. Donavan Moxey that he did not see any reason why a contract shouldn’t go to his firm for which he put a bid in, before be became Chair of BPL.  He would simply recuse himself. He was backed up in this by Stephen Holowesko one of the four HOloweskos that serve on Government Boards.  Someone wrote: “what part of conflict of interest does he not understand.” He must be as thick as concrete block.

At week’s end the Minister said that no way would the contract go to the new Chairman.

Stand by for more.