RANDY ROLLE CG SETS THE RECORD STRAIGHT FOR THE FNM 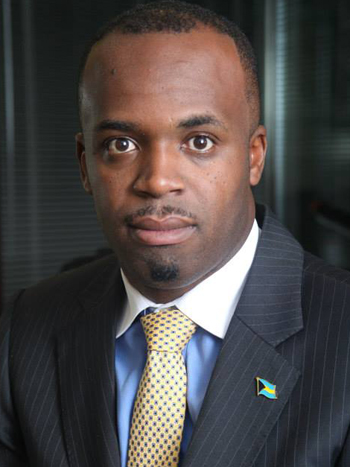 On May 12, 2017, I wrote a letter, congratulating the incoming Prime Minister Hon. Dr. Hubert Minnis and his colleagues on becoming the government. As is customary in a political appointment such as mine, I also used the occasion to tender my resignation, which takes effect July 31st. This, I believe gives sufficient time for a smooth and successful transition to occur.

I am forever grateful to the former Prime Minister Rt. Hon. Perry Christie for granting me this wonderful opportunity to serve in this capacity for the past four years. Then, I became the youngest politically appointed Consul General. His belief in me has been stronger than the doubts of others. This journey has not been an easy one for me, but certainly one of the most fulfilling experiences as I took the approach of country over politics. I was humbled by the privilege to serve my beloved Bahamaland in such a meaningful way.

During my tenure here in Atlanta, Georgia, much has been achieved for the betterment of my country as I did my best to create lasting relationships that would benefit the Bahamian people. I owe a great debt of gratitude to those who have worked in the Consulate Office alongside me. Through our efforts, I truly believe diplomatic relations have been strengthened as a result. My friend and mentor Mayor Kasim Reed said it best, “Relationships are the new currency.”

I take this opportunity to thank those who have worked along with my colleagues and I for their belief that it’s “Better in The Bahamas”. My hat goes off to Tim Wardell and the Popeyes brand, movie producers Will Packer, Steve Harvey and actor Kevin Hart for promoting the destination throughout Hollywood, Xyona Clayton and the Trumpet Awards for recognizing the contributions of outstanding Bahamians, Atlanta Technical and countless others.

To my students, whom I’ve had the privilege of being responsible for, I wish you the greatest success in life and it’s been a pleasure meeting all of you. I wish for you much love and success. I remember weathering the last hurricane with the Bahamian students attending Georgia Southern University and the Savannah College of Art and Design. Despite the unfortunate circumstances, it’s an experience that I will remember fondly. In addition to the students, I would also like to thank my fellow Bahamians throughout my jurisdiction for allowing me to serve on your behalf.

To my successor, remember the legacy the current Senate President Hon. Kay Forbes-Smith started here in Atlanta, followed by Julie Campbell. It is one that I did my best to build upon. Now, it is my hope that as you take up this position, you will continue to represent all Bahamians with pride and respect.

As I leave this post, it comes with mixed emotions, but mostly pride. I wish only the best for my country. Always remember if the leadership fails, we fail as a country. So I ask all Bahamians, whether at home or abroad to support your leaders as they push to ensure that The Bahamas remains the greatest little country on the earth.