THE BUDGET WOWS THE YOUNG PLPS 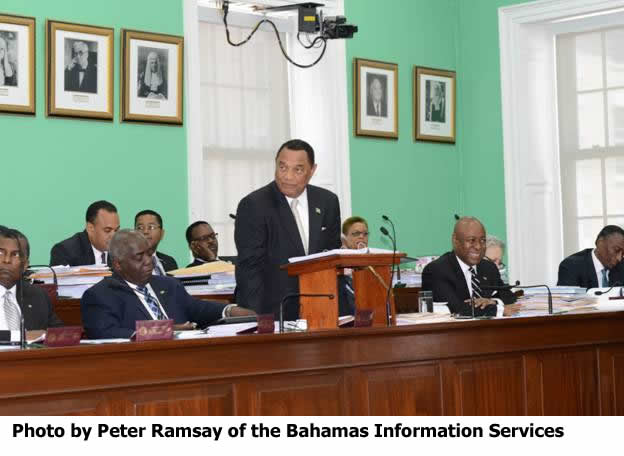 Well there was no talk on their chat webs, case that of the young PLPs, about old men falling asleep in their House of Assembly and church seats and a need for change.  What a difference a day or a week makes in politics.  The young PLPs lit up the web with positive commentary about the annual budget of the country which was presented over some three hours at the House of Assembly on Wednesday 27th May.  The Prime Minister began the day walking over with his colleagues from the Cabinet office, the budget traditional walk, and then entered the House and began.  There was something for everyone.

The good news is that the budget since the implementation of value added tax at the start of the year has seen a significant improvement in the deficit.  The deficit appears to have been cut by two thirds.  This means that the annual deficit will come somewhere under two hundred million instead of the closer to three hundred million and a half.

No one in the country cares about the deficit however; the question is what is in it for people?  There appears to be plenty.  A reduction in the overall duty on cars from 85 per cent to 65 per cent.  There is 20 million set aside to tackle the issue of youth unemployment.  MPs got some relief for their allowances for constituency offices with it being taken up from 1500 to 2500 per month.  Over all the young ones seem to have the impression that the PLP was cranking up to run for office again and to win the country.

Cars over ten years will be banned from importation into the country.  That too is a good thing.

The result or bottom line as they say is that the fundamental issue which the PLP faces in its so called PR dilemma is that of the confidence of its young leaders in where the party is going seems on the mend.  They thought the budget was great.  They started circulating spontaneously memes promoting the budget and the ideas therein. We show a sample of them below.   No one had to prompt them and they took on the FNM trolls on the web.  That is what they are supposed to do instead of concentrating on attacking this one or that because well the public relations is not right.

We hope the older ones get the message.  The PLP’s PR problem is not that the country does not know what the PLP is doing; it’s the fact that the supporters don’t feel engaged in the process.  You know all politics is local.  What’s in it for me?

The FNM’s response was hopeless.  They claimed in their press conference on Budget Day that there was no hope in the budget, there was no way forward.  Well one supposes that they have to say something.  Didn’t amount to much.  What is clear though is that there is no need for fancy consultants, paid large sums to get the message across.  What is needed is the younger ones to get on their bikes, and start spreading the message, the PLP is back.  The PLP is here and that the PLP is going to win the next general election.

Bottom line again as they say, turn the country over to the younger ones to run.  Let it be seen to be so. You will be surprised what the Lord can do.