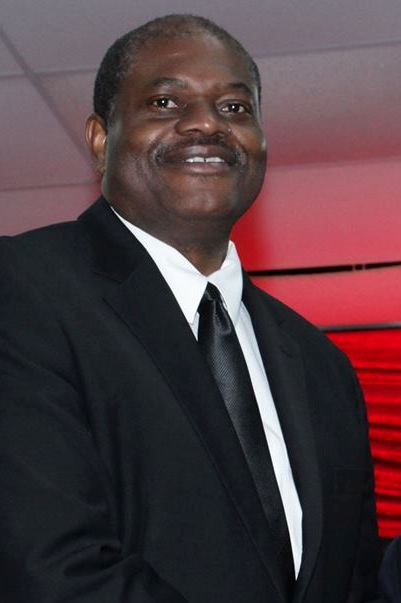 As Prime Minister Minnis continues the process of assembling his cabinet, sixteen substantive and state ministers were sworn in at Government House on the evening of Monday, 15th May 2017 by Her Excellency Dame Maguerite Pindling, Governor General.

Prime Minister Minnis was sworn in as Prime Minister without ministerial portfolio on Thursday, 11th May and Ministers Turnquest and Bethel were sworn in on Friday, 12th May.

Listed below are the ministers and their portfolios in the order of their cabinet seniority:

Prime Minister Minnis said that Mr. Bannister, who was out of the country, would be sworn in at a later date.

While Prime Minister Minnis was busy assembling his new government, the Progressive Liberal Party was in transition with party leader and former Prime Minister the Rt. Hon. Perry G. Christie resigning as party leader and appointed Deputy Leader the Hon. Philip Brave Davis as interim leader until such time as the party can convene a convention.

He resigned as party leader at a special call meeting of the party’s National General Council on Monday evening at the party’s headquarters. The address was aired live on radio.

“As your leader, I accept full responsibility for our party’s defeat in the general elections of May 10, 2017.

“I also accept without reservation that in the best traditions of our democracy, no less, the impulses of my own conscience and value system, that I resign as the leader of our party.

“This is the correct and only thing for me to do from both a political and moral perspective.

“Accordingly, I hereby resign as the leader of the Progressive Liberal Party with immediate effect.”

On Friday morning, the party’s interim leader was sworn in as Her Majesty’s Loyal Opposition Leader at Government House. In accepting his instruments of appointment, Mr. Davis wished the new Minnis government well and pledged the opposition’s full parliamentary support where both sides find “common ground” on policy and legislation.

Mr. Davis however warned that the opposition will not allow the new government to “misrepresent or distort our (the PLP government’s) record of achievement in government,” “compromise our sovereignty as a nation,” nor will the opposition “acquiesce if they (the FNM government) pursue policies or practices that hurt vulnerable Bahamians.”

Dr. Minnis was sworn in as Prime Minister of the Commonwealth of The Bahamas on Thursday, May 11, 2017 by Governor General Her Excellency Dame Marguerite Pindling in ceremonies at Government House. In an interview with the media following the tour Mr. Minnis said that his visit was the fulfillment of a promise he made to the staff at the country’s tertiary healthcare facility which is to visit with them regularly.

Prime Minister Minnis was accompanied by senior officials of the Office of the Prime Minister, Ministry of Health, Department of Public Health, and the Princess Margaret Hospital.

Mr. Anthony Newbold, a twenty-two year veteran of broadcast journalism was named this week as Press Secretary in the Office of the Prime Minister this week.

According to a Cabinet statement, Mr. Newbold “will be the official spokesman for Prime Minister Minnis and his government. He will conduct media briefings on Cabinet decisions after Cabinet meeting and coordinate media appearances and press conferences for the prime minister among other duties.”

Mr. Newbold is a former news director for radio and television at the state-owned Broadcasting Corporation of the Bahamas (BCB) and most recently held the post of director of the Parliamentary Channel at the Corporation. He is the President of the Bahamas Press Club, a founding member of the ACP Press Clubs Federation and hosted the award-winning television show Legends, The Untold Story.

Thompson: Grand Bahama to be represented at the “highest level”

State Minister for Grand Bahama affairs the Hon. Kwasi Thompson gave the assurance this week that Grand Bahama will enjoy the highest level of representation and would be a top priority of the newly elected governing Free National Movement government.

He addressed the media at a press conference at the former Ministry of Grand Bahama on Wednesday.

Mr. Thompson, who was sworn in on Monday, May 15, 2017 as Minister of State for Grand Bahama in the Office of the Prime Minister, spoke of the new structure and function of the former Grand Bahama Ministry and his ministerial portfolio.

As for his portfolio, Minister Thompson said he will have full control of day-to-day operations of the former Ministry for Grand Bahama, inclusive of oversight of Urban Renewal, and hurricane restoration & repairs in Grand Bahama.

In a statement released on Tuesday by Deputy Prime Minister and Minister of Finance, the Hon. Peter K. Turnquest, the Finance Minister promised to address the bank’s challenges and return it to “sustained profitability.”

“The Government of The Bahamas acknowledges that the Bank of The Bahamas is a systemically important financial institution and as such is fully committed to its success.

“The Government further acknowledges the concerns of the various stakeholders with respect to the Bank’s: capital, liquidity and governance. In its role as the majority shareholder, the Government is committed to working with the Board, Management and Regulators in comprehensively addressing all of these issues and returning the Bank to sustained profitability.”

The Parliamentary Registration Department is in receipt of the preliminary report from the Caribbean Community’s (CARICOM) Election Observer Mission and that body has given The Bahamas high marks for the conduct of the 2017 General Election.

On visiting 223 Polling Stations throughout The Bahamas, observers reported that the majority of polling stations opened on time; were fully staffed; were conveniently located and were easily accessible by voters with disabilities.

Further, most of the stations were fully staffed; security was adequate; public officers were focused and conducted themselves professionally; and operating materials and supplies were sufficient.

With 88% of the 181,543 registered voters casting their ballots during the May 10th general elections, the Free National Movement secured 35 of the 39 seats contested to form a new government. An Advanced Poll was held May 3, 2017.

Voter turnout was down by two percent compared to the 2012 general election.

Acting Parliamentary Commissioner Charles Albury told the media on Wednesday that the observer group offered some recommendations to improve the electoral process.

“The Mission also pointed out that most of the pre-poll activities including the late publication of the advanced poll register; voters’ inability to confirm beforehand whether or not their names appeared on the Advanced Poll Register; and the incorrect polling station numbers being written onto the Voters Cards are among several issues that can be addressed with the introduction of modern technology into the voter registration process,” Commissioner Albury said.

According to Mr. Albury, the Observer Group felt that modern technology would “facilitate a more timely extraction and publication of the Voter Register as well as provide voters with the ability to carry out online verification to determine if their names appear either on the Advanced Poll Register or the Election Day Register.”

A full report is expected in due course.

Prime Minister Minnis publicly warned his Ministers against “unsavory” and “unethical” requests to the permanent secretary for example, indicating that if he “discovers or find this out, (the minister) will be immediately be fired.” He was speaking at the swearing in ceremony of his Ministers at Government House on Monday, 15th May.

Philip Davis encouraged the FNM government to follow through on the Heads of Terms for an energy reform deal recommended to the Christie government by the National Economic Council and currently before the cabinet. The document sets out the objectives of the Bahamas government in its negotiations with the preferred private sector partner for the production of cheaper electricity and alternative forms of energy.

FML Group CEO Craig Flowers urged the Minnis Government to revisit some of the policies and regulations governing the webshop gaming industry. Among the policies Flowers wanted revisited was the ten year web shop moratorium put in place by the Christie administration. Flowers is of the view that this policy “makes no sense.”

Deputy Prime Minister and Minister of Finance the Hon. Peter K. Turnquest said that while he is sensitive to the political nature of governance, his primary concern is “cutting back on the excess” as the country enters a new era of conservative fiscal measures and a move away from the culture of public overspending.

US President Donald Trump has nominated 74 year old industrialist Doug Manchester for the post of Ambassador to The Bahamas. The post has been vacant since 2011 when Ambassador Avante bid The Bahamas farewell. President Obama’s nominee, Cassandra Butts, died suddenly last May before her Senate confirmation.

Co-Chairs of the Urban Renewal Commission Algernon Allen and Cynthia ‘Mother’ Pratt revealed this week that they resigned their posts the day following the general elections. When questioned about the announced audit of the social intervention program, Mr. Allen said that he was not concerned as their roles were largely “ornamental” and both he and Mrs. Pratt did not play a major role in the decision making process of the program.

Acting Parliamentary Commissioner Charles Albury confirmed that the promised report about what went wrong during the Advanced Polls on 3rd May is complete and forwarded to the Office of the Prime Minister. More than 8,000 persons showed up to vote at the Kendal GL Isaacs Gymnasium, the sole voting precinct that many believed was inadequate for that purpose. A decision was made not to use the western grandstand of the Thomas A. Robinson National Stadium after both locations were published in the gazette. In the aftermath, Parliamentary Commissioner Sherlyn Hall was removed and Permanent Secretary in the Ministry of National Security Carlton Smith resigned as Returning Officer.

Prime Minister Minnis has taken on the duties of the Minister for works until such time as appointee the Hon. Desmond Bannister can be sworn in as the statute Minister. Mr. Bannister had to leave the country shortly after the general elections.

Tourism Minister the Hon. Dionisio D’Aguilar recently said that the primary objective of his ministry is the growth of the Bahamian tourism product. “It’s all about growing the number of visitors that come to our country” said Minister D’Aguilar.

Nine persons including the Executive Chairman of BAIC were taken into police custody at CDU this week for questioning in connection with reports of theft at that public corporation allegedly on the night of the general elections, 10th May. All persons have been released without charge pending the outcome of the investigation. The Chairman, Dion Smith, was detained overnight by police.