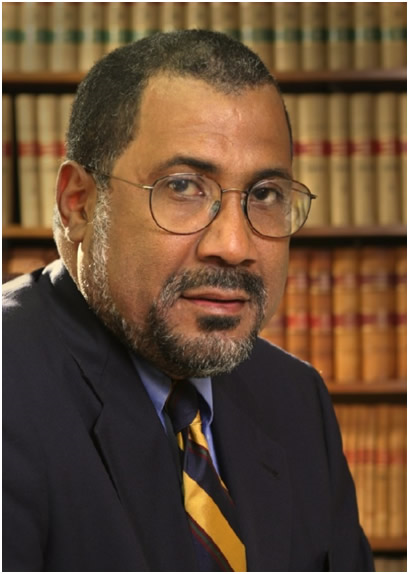 A prominent QC branded the Registrar General’s demands of non-profit organisations (NPOs) as “unlawful”, having warned the Christie administration of regulatory deficiencies almost three years ago.

Lester Mortimer QC, the Callenders & Co attorney and partner, said he believed the Registrar General “has no regulatory authority” over non-profits who are not licensed under the Companies Act.

As for those who are registered under the Companies Act, Mr Mortimer said the regulator was basing its demand for their annual financial statements on the Act’s section 123.

However, he argued that the Companies Act’s section 124 stipulated that the legal basis being employed by the Registrar General did “not apply to private companies”, again rendering its move ‘ultra vires’.

Mr Mortimer, in a statement to this newspaper last night, added his voice to those opposing the Registrar General’s demand for hundreds of Bahamian non-profit organisations to produce their annual financial statements.

He said he was “rather surprised by the notice and its timing”, after the regulator served notice of its intent via newspaper advertisements last week to seek the information via the Companies (Non-Profit Organisation) Regulations 2014.

“The Registrar asserts that she is performing her duties pursuant to the Companies (Non-Profit Organisation) Regulations 2014,” Mr Mortimer said. “Where has the Registrar been these past three years since the enactment of the regulations?

“Shortly after the regulations came to my attention in October 2014, I wrote to the then-Attorney General [Allyson Maynard-Gibson] to express my view that the regulations were probably ultra vires the Companies Act.”

Mr Mortimer recalled that, in November 2015, the Registrar General and a team from the Attorney General’s Office sought Callender’s & Co’s feedback over proposed changes to the Companies Act and non-profit regulations in a bid “to remedy” the identified deficiencies.

The law firm gave the requested responses, and Mr Mortimer added: ‘Hence I am surprised with the Registrar’s attempt to rely on the Regulations to seek the information requested in her Notice.

“The mere fact that there was a proposed amendment to the Companies Act to validate the Regulations, in my view, was an admission that the Regulations were ultra vires.”

Digging into the Regulations, Mr Mortimer said these expanded the definition of non-profit organisations beyond that in the Companies Act to include those involved in “raising or disbursing funds for purposes such as religious, charitable, educational, scientific, historical, fraternal, literary, sporting, artistic or athletic purposes not for profit”.

Mr Mortimer said the financial information requested by the Registrar General was restricted to those details required to be maintained by sections 118-120 of the Companies Act.

However, he pointed out that the Act’s section 124 stipulated that the legal basis upon which the demand was being made did not apply to private companies.

“The Registrar’s power to request financial information is accordingly limited to Section 118-120 and does not apply to private companies,” the QC concluded.

“It is my humble submission that the demand in the Notice by the Registrar General is unlawful, and for those NPOs licensed under the Companies Act, the Registrar should be in possession of the information required by Section 14 and Sections 160-169 of the Act.”

The records requested from hundreds of groups include: The organisation’s purpose, objective, and activities; identity of persons who control or direct the activities of the organisation, including senior officers, directors, and trustees; annual financial statements and records that show and explain transactions within and outside the Bahamas, and show that monies have been used in a manner consistent with its objective and activities; and the source of gross annual income of the organisation.

The information requested is virtually identical to that which the Registrar General demanded from the Coalition to Protect Clifton Bay, otherwise known as Save the Bays, under the former Christie administration.

The well-known environmental group has two ongoing Judicial Review actions at the Supreme Court, challenging the Registrar General’s action on the basis that the only time the law allows it to demand financial statements and records is if it believes the non-profit is “assisting terrorism financing”.

The regulator said it was engaged in a ‘cleaning up’ exercise to ensure all non-profit organisations are in compliance with their legal obligations, as it bids to enhance oversight of the sector.

Besides determining NPOs’ status and ensuring funds are being properly used, the Registrar General said its actions were also designed to ensure the Bahamas met its international obligations to prevent domestic entities from being used for money laundering and terrorism financing.