The Grand Bahama Memorial Park was the final resting place for 58 year old Sandra Edgecombe, viagra buy capsule the much heralded former principal of the Eight Mile Rock High School and its Blue Jays in Grand Bahama and the late Deputy Director of Education.  Mrs. Edgecombe who is survived by her son Garris and husband Godfrey made a huge impact on the community of Freeport and Grand Bahama and the island came to stop for her funeral at First Baptist Church on Friday 17th April.  The school children then paid tribute to her by a march to the grave yard.  The Prime Minister Perry Christie paid tribute to her at the service and other Cabinet Ministers including Minister of Education Jerome Fitzgerald, mind Foreign Minister Fred Mitchell, Labour Minister Shane Gibson, Grand Bahama Minister Michael Darville and Tourism Minister Obie Wilchcombe also attended. Greg Moss MP and Peter Turnquest Deputy Leader of the FNM were also here.  The photos are by Peter Ramsay of the Bahamas Information Services.

You may click here for the tributes from the Prime Minister and Mr. Mitchell 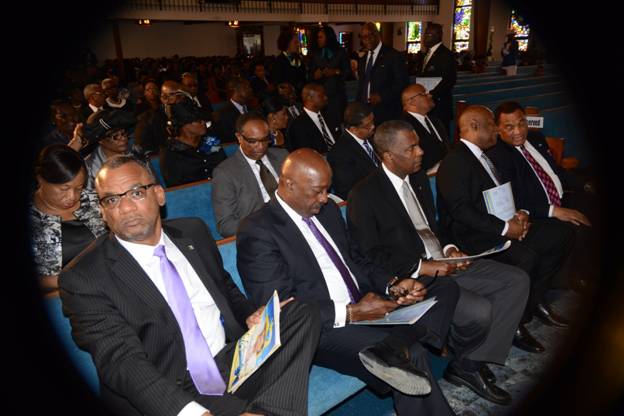