JEROME DID NOT BLOCK LORETTA 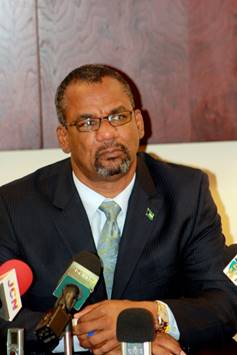 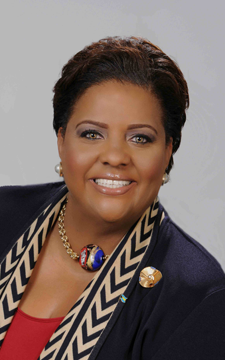 ask times;”>Loretta Butler Turner MP for Long Island has become such a cry baby these days.  Back in the early part of November, she was crying about the fact that she had been stopped by the Speaker she said because she wanted to speak up for her people in Long island on hurricane relief.  Problem is what she proposed to do was in violation of the rules.  Next she said that the Minister of Education Jerome Fitzgerald has stopped her from collecting hurricane relief supplies at one of the schools in Long island.  Only problem is Jerome aint done it.  He had nothing to do with it.  It was an FNM fiction.  The Minister responded in the House to the allegations on 23rd November:

On Wednesday, November 11th, 2015, there was a story published in the Nassau Guardian in which the member for Long Island was interviewed and provided the details for the claims asserted in the story. Butler-Turner claimed that she was denied being able to accept goods on behalf of the teachers in Long Island from the PTA and teachers of Claridge Primary School. The Guardian quoted the member as saying the following as it relates to me:

“I understand that this was a directive from the Minister himself and I can only assume that it was politically motivated.”

The member made that statement despite the fact that she was also quoted as saying that the principal told her that she had received a call from the Director of Education concerning the matter.

Mr. Speaker, based on the facts as I understand them, there are quite a number of statements made by the member from Long Island that require clarification as they can appear to be misleading or otherwise give room for the story to be reported in a manner that is not in keeping with the actual facts.

As far as I am aware, the Bahamas Union of Teachers invited numerous shop stewards in various schools to ask teachers to make contributions toward the hurricane relief efforts for teachers impacted by Hurricane Joaquin. It just so happens that the items collected by Claridge Primary were to be sent to Long Island.

Therefore contrary to the newspaper report the items were NOT for students in the member’s constituency and the PTA was not involved. It was purely a B.U.T initiative. I must admit that we were all surprised to learn about this considering that we had a National School Hurricane Relief Drive well under way.

The Director is quoted in the article as saying the following:

“We’ve asked all the government schools to contribute to the funding for hurricane relief. We’ve gotten from several schools including Claridge Primary. We are giving the money to NEMA. But if the school had something that was separate and apart from that I’m not aware of it. I am only aware of the national drive we had.”

On the afternoon of Tuesday, November 10th, while I was in Cabinet, I was contacted by the reporter via a text message and I responded by saying I was not aware of what he was talking about but I would look into it. Based on the information that he had given me, I told him that it must have been a PTA drive to contribute to schools in Long Island. However, it did appear rather bizarre that a donation from one government school to another government school would involve a third party; especially when we had already received a donation from Claridge Primary which I assumed the PTA was involved in. I further stated that if the Director made such a decision without me knowing all the facts, I was in support of his decision.

As I mentioned, I later learned that it was in fact a B.U.T. initiative and I spoke with the Acting President Zane Lightbourne who confirmed that he nor the B.U.T. executives were aware of any presentation and expressed shock that an initiative spearheaded by the Union was not being received by its executives, and that the shop steward had decided to give the items to a third party. Having received this information I then encouraged the reporter to speak with Mr. Lightbourne one – to get the facts of what happened and two – to clear my name. As I further understood from Mr. Lightbourne, he had already spoken to a reporter from Cable 12 news on the matter but his comments were never reported.

To my knowledge the reporters from the Nassau Guardian and NB Cable 12 have yet to clear up the facts or my name as it relates to the situation.

This was solely a B.U.T. initiative and the presentation was not sanctioned by B.U.T and I understand was an affront to the Executives.

Let the record reflect that this had nothing to do with the Ministry of Education, Science and Technology as we had already mobilized a hurricane relief drive in all the islands not affected and might I add, had the support of all public schools and some private schools as well.

Therefore I never gave any such directive as alleged by the member. This was a B.U.T initiative that had nothing to do with me or my Ministry.