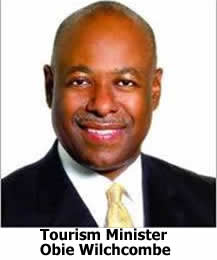 NASSAU, Bahamas (BIS), May 14 — Further to the announcement by Bahamas Prime Minister the Rt. Hon. Perry G. Christie from the floor of the House on Wednesday that the official website of the Ministry of Tourism had been hacked, the Ministry of Tourism wishes to update the public on the facts surrounding the incident and the immediate steps taken by the government to mitigate further national security breaches.

The Bahamas government can confirm that several government-owned websites including the Ministry of Tourism websites, www.bahamas.com and www.bahamasfilm.com, were hacked on Wednesday morning apparently by members of a Tunisian Islamist activist group called the “Fallaga Team.”

All defaced sections of the government-owned websites were quickly removed and a corrected version redeployed and with the restoration of ALL compromised pages, all affected websites are now back to normal modes of operation.

The evidence collected has been turned over to the relevant local authorities and the matter is currently under active investigation.

As a short-term strategy and in an abundance of caution, all government websites have been checked for possible breaches, safeguarded and reinforced against potential vulnerabilities by the implementation of software patching.

As a long-term strategy and being cognizant of the fact that we live in an era where cyber-terrorism poses clear and present dangers to our national security, the government of The Bahamas will convene a meeting of industry experts to review the entire government owned internet related infrastructure with a view to determining what, if any, additional measures can be taken to deliver the strongest possible cyber-security protocol.

It is the intent of the government to cause to be established a permanent public/private sector committee that will meet regularly, conduct regular audits of public internet infrastructure and advise the government on matters of cyber-security so as to inform public policy going forward.

Minister of Tourism the Hon. Obie Wilchcombe underscored the importance of the internet as the dominant platform for global communications, trade and commerce. He also pointed out that such technological advancements attract the burden of opportunistic and unscrupulous individuals using these legitimate platforms for nefarious purposes, therefore the government of The Bahamas necessarily gave this breach its serious and immediate attention.

“IT networks, websites and social media have become essential communications tools used to conduct business in The Bahamas as is the case globally,” said the Tourism Minister. “We know that with today’s increasingly sophisticated malware, simply navigating to a compromised website or opening a document can unleash a whole slew of malware onto a user’s computer and can shut down entire networks, causing serious disruptions to government’s operations, to national trade and commerce and can sometimes cause serious harm to a country’s international reputation.

“As a consequence,” continued the minister, “hackers have special or invasive means of identifying weak spots for nefarious purposes. This matter has been given serious attention and we will spare no effort in protecting and safeguarding these valuable assets and as demonstrated this morning, we are ready with an immediate fix as we did yesterday morning.”