OH NO NOT ANOTHER FNM MESS UP 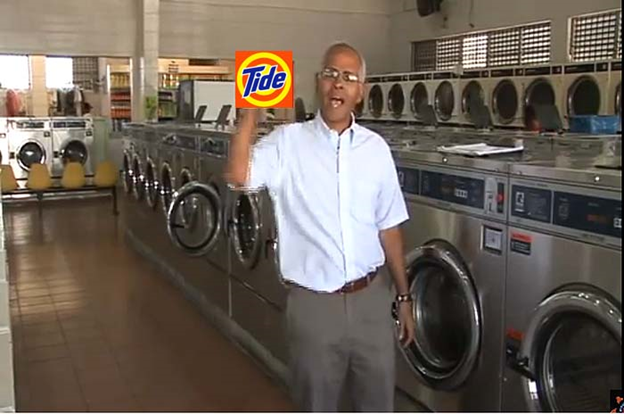 Howard Johnson, viagra the FNM candidate for South Beach up until last week, who came to be known in politics in The Bahamas as Mr Bamboozle, after plagiarising the words of Malcom X in a speech in the last general election to say that the PLP had unfairly treated the people, is to step down from politics.   Ah my!  He joins Leonard Sands, the named candidate for Bain and Grants Town for the FNM,  Neko Grant, the  longest serving FNM MP, and Theo Neilly, the MP for North Eleuthera who have all  thrown in the towel.  Others expected to be asked to leave are Hubert Chipman MP for St Anne’s who will be asked to give his seat back to Brent Symonette, the rich son of the former Premier Sir Roland Symonette and Richard Lightbourn, who wants to tie the tubes of black women and said so from the FNM’s platform and now is to be dumped.  Andre Rollins, the wicked ingrate who left the PLP for the FNM, is now out as well having previously said that he will not seek an NM nomination under Hubert Minnis.

As soon as Mr. Bamboozle got his statement out. The Chairman of the FNM Sidney Collie gave his ritual statement about them respecting his decision and wishing him. Well.  Yeah! Yeah! Yeah!

Only it was minutes later that an FNM rumour mill started saying that the real story was quite something else.  A salacious set of accusations about involvement in some pretty sordid business that was about to come to light.  Mr. Bamboozle himself caused a stir by posting on his Facebook page what seemed to be an attack on the reporter for the Nassau Guardian who had reported that Mr. Johnson was leaving to take care of his son who was in high school in the US.  Mr. Bamboozle said in the post that this was an invasion of his privacy.  We see what his problem is, his life can’t stand the light of day.

Well as the former US President Harry Truman said: “can’t stand the heat, get the hell out of the kitchen”

So where are we with this FNM?  Dr. Hubert Minnis, hapless and hopeless, keeps slashing and burning away at the PLP regardless.  He steps in one pile of do do after the next.  He is accusing the PLP of misleading the public on Bahamar.  The reason he says that is because there was an ad which appeared in the press which seemed to say that the Committee to settle the claims is only going to deal with some of the contractors.  Except that he forgot to notice that the claims against CCA are to be settled by CCA with monies from the bank, and do not come before the Committee.

Our concern is that the voices of reason are being drowned out by this silly play that is ongoing in the FNM.  The FNM is really doing a disservice to this country because it is unable to give rational and reasonable arguments about what is happening and provide an alternative.  The FNM is giving the PLP a free ticket back into office.

We believe that the PLP deserves another term of office but it is critical that there be an analysis of what is happening with the government so that pressure can be put to make the government better.

The over centralization that has taken place for example in the Ministry of Finance that has led to a plethora of complaints about payment and delivery systems. Where is the FNM’s voice on that?  Instead they seem to be seeking to find scandal after scandal.  These scandals they find are invented.  The only real scandals are the one which seems to embroil the FNM.

The other set of low lifes are those in the press.  The Nassau Guardian has become so uncritically anti PLP that it is not worth the paper on which it is written.  You have to ask yourself why any PLP would want to talk to the Nassau Guardian.  It is simply ridiculous. The Tribune says where you put me in that respect.

So we are now right back to the Pindling era.  All pretence of even handedness and balance and an opposition that can give critical analysis is missing from our society.  There is just hatred of Perry Christie driving these people to distraction and to drink and in the consequence Mr. Christie and the PLP get a free pass.

Now we find that Marvin Dames, the former Assistant Commissioner of Police, is to run for office in Mt. Moriah. This is a path that former public servants Frank Watson (customs) and Errington Watkins (Police) have followed. Good luck to him but we suspect that something is waiting around the corner for him.  He will find that politics is not police work.

Then there is Dionysio D’Aguilar, who we reported last week will replace Richard Lighbourn of the tying of tubes fame as the FNM’s standard bearer in Montagu.  Mr. D’Aguilar is shown in the picture selling Tide detergent.  Maybe he needs to go wash his mouth out with Tide and water.   Mr. D’Aguilar is to be given a safe FNM seat so he can spew his Sarkis Ismerlian inspired form of bile in the House of Assembly to his heart’s content.

It’s gonna be fun.  But you know what to hell with them. PLP ALL THE WAY!