TRAVIS: IGNORANT AS A JACKASS OR NAIVE AS A BABE IN THE WOOD 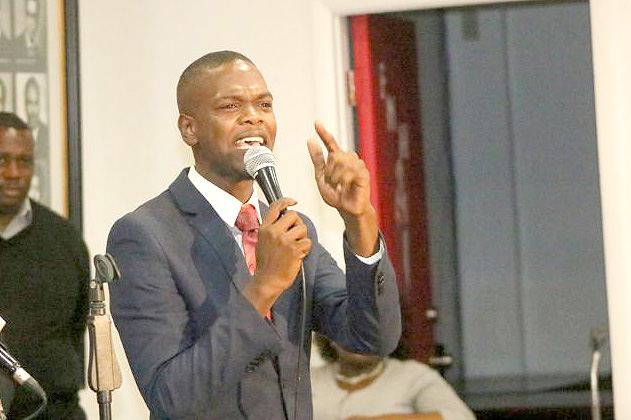 In the House of Assembly on Wednesday 25 June, the MP for Bain and Grants Town Travis Robinson was the batter up.  We keep saying that there is a tide in the affairs of men which when taken at the flood leads to fortune. It’s Shakespearean and the fate of Mr. Robinson in the last few weeks had all the makings of a Shakespearean comedy or tragedy.  It would depend on him.

The question was could he turn what seemed a bad outturn into an opportunity and thereby launch himself into another plain?  The eyes of the country were on him.  He dropped the ball.  Ah my! You don’t know exactly what to say.

The report is he was stunned by his dismissal and quick replacement as Parliamentary Secretary at the Ministry of Tourism. So much for his vaunted friendship with Dionysio D’Aguilar, the Minister.  Mr. Robinson found that he was left out to dry.  He lost his car, cell phone and 45,000 a year job and was once again an unemployed backbencher.  It genuinely now appears that he simply did not know.

So Mr. Robinson kept his counsel, licked his wounds, walked around Bain Town and then asked the Speaker to address Parliament.  The build up to that address led to a letdown. He spoke about the Westminster system and how it needs to be changed.  He said that the Prime Minister’s hands were tied and he had to be fired.  This fellow really drank the Kool Aid.

First of all, there is nothing wrong with the Westminster system. Every system has rules and   as loose as the US seems, it still has rules that you must follow.  The point is whatever rules there are, in whatever system, you should not be ignorant of the rules. The first rule is you must know the rules.

Secondly, it is not true that the Prime Minister’s hands were tied.  The Prime Minister is the only one who decides when something is fundamental or not, when the whip is on or not.  He could have easily dispensed Travis Robinson from his obligation. The Westminster Rules allow that.  He could have sent young Robinson off to Miami to go shopping if he wanted to.  Dr. Minnis chose not to do so.  The question is why. The young man Mr. Robinson obviously thought he was close to Mr. Minnis.  The Minnis camped talked around that  never mind that he was fired, Mr. Robinson would be back as a consultant in  tourism  as soon as Friday of last week.

Mr. Robinson did announce that he is a consultant in tourism. He has his own business now.  That doesn’t seem like much.  But we watch and see.

Politics is not a game for babies and fools.  It is a tough business.

We are still trying o decide whether or not Mr. Robinson is as ignorant as a jackass or as naïve as a babe in the woods.