Contributed to The Tribune 9 April 2017 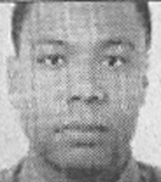 Lawyer and former Tribune columnist Andrew Allen flags up the Government’s achievements and urges Bahamians to put country before party when voting in the election . . .

In the Business section of The Tribune of April 6 (the day my opinion piece entitled “Six Reasons not to Rock wit’ Doc” was published) a report appeared from an International Monetary Fund (IMF) analyst which described the Bahamas’ Value-Added Tax (VAT) regime as having the highest productivity in the Caribbean region and actually being well above the average for First World countries.

This is in line with all international observations of our VAT system, which have been surprised at how well the system was designed – by Ingraham’s Free National Movement (FNM) – and implemented – by the Progressive Liberal Party (PLP). The same report directly contradicts Dr Hubert Minnis’ statement a day before that exemptions for select items (like ‘breadbasket’ goods, electricity and medical services) would somehow help the poor.

In fact, exemptions are a foolhardy and slippery slope which would, according to the IMF, lead to immediate passing of additional expenses onto the population they seek to help.

The IMF was supported a day later by Chamber of Commerce President Gowon Bowe (who is, with Edison Sumner, a rare example of fair mindedness among the Bahamian intelligentsia these days). Mr Bowe not only agreed that it is a ‘fool’s argument’ that Dr Minnis makes, but credits the VAT system we have for avoiding a recessionary impact.

Sadly, too few who know better are principled enough to speak truth to ignorance.

Few developments undertaken by any government in Bahamian history stand to have as lasting and positive an impact as the advent of universal health care.

The present system (apart from enriching doctors and insurance companies) has served our country badly. Bahamians pay more per capita for health care than anyone in our region and most places on the planet.

Yet yawning gaps in healthcare delivery mean that infant mortality and life expectancy rank us lower than far less prosperous countries. The United Nations Development Programme (UNDP) has made it clear that universal health care would significantly boost the Bahamas’ already high standing on its Human Development Index, by helping to close the gaps in living standards between income groups.

KPMG, which provided the consultancy services to the government on National Health Insurance (NHI) have stated on record that the system, as designed, would likely be among the best functioning they have seen, and would also likely boost Gross Domestic Product growth. This stands to reason, given that the spending power of the Bahamian health consumer has supported so outsize and wealthy an industry, while sending profits to reinsurers outside the country. Of course, the usual suspects balked at it, much as they balked at VAT implementation under the PLP and Ingraham’s FNM.

3 The University of The Bahamas

This achievement speaks for itself. Or at least it should. The issue of having a national university has, sadly, been a matter of indifference to too many members of the Bahamians intelligentsia and political class.

Some months ago, a well-known letter writer lazily opined that we do not need a university. That Belize, with a similar population and vastly less wealthy citizenry has had a national university for decades may be no embarrassment to some, but it speaks volumes to the bad priorities of successive Bahamian governments.

This achievement is not only a reason in itself to support the government that brought it about, but it makes a mockery of the question “where the VAT money gone?” We know where all tax money has gone in the Bahamas since the 1973 Constitution: into a Consolidated Fund. But anyone who has driven the length of Thompson Boulevard recently will have seen where a good chunk of that collective money came out.

Another good investment of the VAT money has been the $232 million spent on the acquisition of nine new Defence Force craft, the construction of two new bases and upgrade of existing ones.

By all accounts, the long-overdue investment in securing our borders has already resulted in fishermen from Long Island to Spanish Wells reporting healthier stocks of crawfish than in the last 20 years and a noted reduction in sightings of Dominican poachers in Bahamian waters.

Any objective observer would give the PLP credit for persevering with this important investment at a time when funds were not abundant.

I count myself among the critics of both governments for not having long ago negotiated a transfer of the control of Bahamian airspace to the Bahamian government.

This is simply a no-brainer on many fronts. Given the expanse of the Bahamas and the fact that we have more airports per capita than any other country in the world, the aviation industry could have been created with the Bahamas in mind.

Fees from overflight of our waters will help to defray the cost of keeping so many airports and, more importantly, the deployment of the skills needed to manage the airspace will be a source of employment and entrepreneurship.

Naturally, having done diddly squat about the issue when in power, the FNM now finds itself in pedantic mode, questioning why the need for a ten-year period of leasing back to the Federal Aviation Administration until the final transfer takes place.

But it stands as another solid achievement that only the most partisan among us can deny.

6 The FNM: A coalition of hidden interests and ignorance

In their haste to attack the PLP over corruption and conflict of interest, the FNM seems to have forgotten the very definition of these things. On a scale unseen before in Bahamian politics, Minnis’ FNM has formed a coalition with private (often monied) interests and allowed itself to be used pretty nakedly as an instrument of these commercial and special interests. At the other end of the social spectrum, it has shamelessly played on fear, ignorance and downright stupidity on matters that are of deep import to the country’s development.

Dionisio D’Aguilar, a friend and business associate of Baha Mar’s former owner (and a director of the original Baha Mar) is now the party’s official spokesman on the matter, heaping nonsensical and highly personalised scorn on the new owner’s prospects from the privileged position of party office.

It is highly probable that Mr D’Aguilar’s open animus toward Chow Tai Fook Enterprises was reflected in Dr Minnis’ clownishly menacing statements about “selling” Baha Mar to mysterious others. If so, this would not only to be a conflict of interests, but one that places the party in direct conflict with the most obviously good development in our recent history.

On NHI, the FNM has been less directly anti-progressive, depending on surrogates like The Nassau Guardian, whose compromised journalism is put on shameless display every time it deploys its dishonest, spurious and distorted arguments against universal healthcare without declaring that its parent company is deeply involved in the private healthcare business. While every objective international observer has stated that NHI will cost Bahamians less than they are paying the insurance and medical industries right now and that it will boost the economy even in the short term, The Guardian continues to argue (irrationally) that we cannot afford NHI, but can somehow afford to support the healthy profits of the likes of its parent company instead.

A principled Opposition would distance itself from these self-interested and dishonest critics, like the Democratic National Alliance sensibly did early on.

The attack on the so-called ‘spy bill’ (to which the FNM has predictably pandered) is interesting in that it seems to have animated so many ‘privacy activists’ who were strangely silent when it was revealed that every single mobile phone conversation in the Bahamas was spied upon by organs of the US government (an entity that has shown itself to be utterly untrustworthy with such powers, over and over again).

Meanwhile, what nobody is saying is that the Interception of Communications Bill simply seeks to render legal what is taking place technically illegally right now. It seeks to permit Bahamian law enforcement to use electronic eavesdropping against suspected dangerous criminals and it would require a judge to sanction any such action. At present, the US uses such surveillance in contravention of Bahamian law and uses the evidence in cases that it deems fit for its own interests, in which case it extradites the suspect.

What ‘killing the bill’ will mean is that Bahamian authorities will continue to be unable to use such technology against criminals who impact only the Bahamas (like importers of machine guns from the US), but the US will keep selectively nabbing those it wants for sending drugs to the US. To the shady interests behind the silly marchers, that sounds about right apparently.

All in all, when a balanced observer juxtaposes the sometimes slow, defensive and plodding (but visible and solid) achievements of the PLP against the frightening and unprincipled coalition of shady interests and purveyors of industrial-scale untruths that the FNM has become, the choice is easy. It is to be hoped that enough Bahamians can see past party colours and vote as patriots first.