FNM’s trying to scuttle the vote? 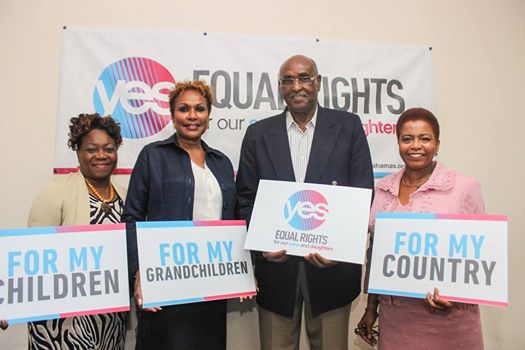 There is the expression “damning faint praise”. That is an apt expression for what appears to be going on now in the public domain. The Leader of the Opposition Hubert Minnis and the Prime Minister Perry Christie both made a joint declaration at the start of the campaign of the yes vote to be held on 7 June. They said they would work together to make the yes vote succeed. Gone for that.

The Leader of the Opposition went farther. He said that he would not be like the PLP with the last referendum, vote yes in the House of Assembly then change their minds voting no in the Senate and campaigning against the referendum. That PLP campaign succeeded and the bills were defeated.

We are not going over all the guff about who did and said what in 2002 and that referendum. We want to hold the FNM to what they have publicly declared and sworn. They will support these bills and they will encourage their voters to vote yes.

Except it isn’t that simple. Almost as soon as the words were out of the mouth of the Leader of the Opposition, it appear that his partisans had other things in mind. They started what appears to be a quiet campaign to make sure that their supporters vote no, for no other reason than payback to the PLP. Dr. Minnis must know this but has remained studiously silent in the face of something which again threatens gender equality in The Bahamas. He should know however that his problems in the FNM cannot be solved by letting his partisans get away with this. He must move to stop them and to make sure that he is shown to be an effective leader and get his party out behind the yes vote.

One of the first signs of trouble was the Prime Minister could not find a willing partner in Dr. Minnis when the yes vote was launched at the College of The Bahamas. He was nowhere to be found. He has been an absent partner in choosing the counterparts in constituencies and at the national level to bring out the yes vote. So it has been the PLP running by itself and some intrepid FNM women, and former FNM MPs like Maurice Moore, Sir Arthur Foulkes and Sir Orville Turnquest and former Senate President Lynn Holowesko who have simply been campaigning for the yes vote.

Their leader Dr. Minnis has been missing in action.

We think that this is sad. Very sad.

The FNM partisans resurrected a speech by Fred Mitchell then in the Senate in which he laid out the case for voting no. They rely on what he said about Article 15 and that it already provides protection for discrimination on sex. The only thing is the Privy Council has ruled on at least two occasions since then that that view no longer obtains. But the point is the Fred Mitchell’s speech is utterly irrelevant to today’s debate, is being used by FNM trolls on Facebook to fool people that Fred Mitchell is voting no and has somehow changed his mind. Mr. Mitchell issued a stinging rebuke during the week.

By damming with faint praise, here is what we mean. The former Chief Justice Sir Michael Barnett made a speech last week to Rotary. He is a former FNM Attorney General from the Senate. The case was clear pellucid and without flaw, save that at the end he says that the PLP ought to issue a contrite statement about what they did in 2002. It made the headlines and gave the impression of approbating and reprobating at the same time.

We think the FNM ought to cut it out. Stand up clearly and without qualification and say that the FNM is supporting these bills and wants its supporters to vote yes.

The PLP should also make a statement saying to its supporters that they must go to the polls and vote yes to all questions.

Similarly the DNA should say the same to its supporters.

We think it is that important.