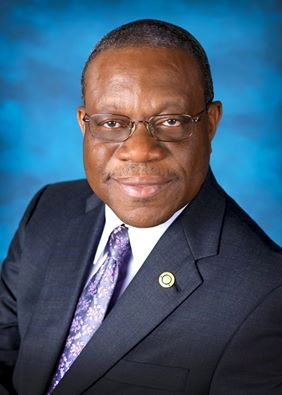 NASSAU, Bahamas, Nov. 23, 2016 — The Minister of Labour and National Insurance, the Honourable D. Shane Gibson, is pleased to announce the appointment of veteran career business professional, Mr. Felix N. Stubbs, MBE, D.H.L., to the position of Chairman of the National Insurance Board with effect from 1st November, 2016.

Mr. Stubbs is a leading business expert whose career spans more than four decades of exemplary, professional service, and who has positively contributed to the development of The Bahamas.

Mr. Stubbs is not new to the National Insurance Board, he served as a Member of the Board on two separate occasions in 1983 and 2001-2003.

Mr. Stubbs has held various leadership roles, including serving as President and General Manager of IBM Bahamas Ltd, a position he held for over 32 years, and as past President of The Bahamas Chamber of Commerce and Employers Confederation. He has also served and continues to serve on several government, non-government, civic, and charitable boards and committees.

In 2014, Mr. Stubbs was appointed as Chairman of the National Development Plan Steering Committee, a Committee whose mandate is to create a 25-year strategic plan for the development of the Commonwealth of The Bahamas. That same year, he was declared a Bahamian Icon when he was nominated for, and won, the Bahamian Icon Award in the field of Commerce.

In 2006, Mr. Stubbs was bestowed with the degree of Doctor of Humane Letters, an honorary doctorate, by the BWR Ministries & Seminary, Richmond, Virginia, USA.

In 1996, he was made a Member of The Most Excellent Order of The British Empire by Her Majesty, Queen Elizabeth II.

Mr. Stubbs is a passionate Rotarian and served as District Governor for D7020, consisting of 10 countries and 16 Islands in the Northern Caribbean, during the 2015/2016 Rotary year.

Mr. Stubbs and his wife Carla are the parents of two sons.