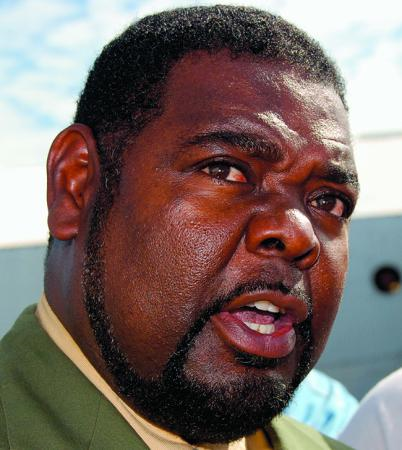 One of my former constituents reported to me that on the Steve McKinney Radio show yesterday, John Pinder, the President of the Bahamas Public Services Union described the decision to hire 200 immigration officers as a “stupid” decision” and blamed the Minister for it. That minister was me. Mr. Pinder was being engaged in the telephone talk show by someone whose family member is apparently one of the recruits and complained that the recruit had not been paid for six months.

The facts as I recall them are these:

The Cabinet agreed to the hire of the 200 or so immigration officers.

The demand for immigration officer jobs was substantial with over a thousand applicants.

I had promised as minister to increase the force to 900, three times its present size.

There are several steps that had to be carried out: financial clearance and vetting are two major steps that are usually obstacles to progress in hiring.

There were also arguments over qualifications, and the ability of the Department of the Public Service and human resources at immigration itself to process applications.

If the political directorate waited on the public service to get these steps done within its term, it would never have gotten anything done.

The Cabinet therefore indicated that vetting in advance would be waived with the understanding that each person hired would know that if the vetting came back negative they had to be redeployed elsewhere in the service.

Financial clearance was obtained for everyone.

The police routinely take nine months or more to do the vetting. That is the single biggest obstacle to progress of applications.

The caller to the show and Mr. Pinder should not be expressing surprise at the delays in payment. Mr. Pinder knows that routinely new teachers take anywhere from three months to six months to get their first pay cheque. Our systems are simply that bad. It has nothing to do with the decisions to hire people being a stupid decision.

Since Mr. Pinder is well aware of how the public service works and as head of the Union for three terms, he should have used the occasion on radio to educate citizens on the problems of public administration in this country which have nothing to do with who the minister of the government is.

Perhaps Mr. Pinder should use his time left as Union President to urge a reform of how the government pays its new employees.

Perhaps his failures are why he no longer represents Immigration Officers.

Since he is so interested in their welfare, he should check into reports that the Government intends to fire some of those hired and is one month behind in the salary payments to officers,

Instead, he used the occasion of the radio show to turn a matter of systemic poor public administration into another political hatchet job against me Fred Mitchell, someone who he inexplicably hates.

As for the use of the word “stupid”, it seems to many in these circumstances, it is a word deserved for the man John Pinder in his home when he wakes up with morning and looks in the mirror.