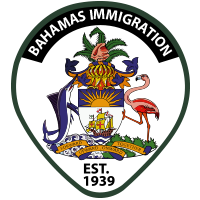 Consequent upon a series of community meetings by the Minister for Immigration in Inagua, cialis canada the following is announced for public information for the citizens of Matthew Town, Inagua and its environs:

On or before 1 November, a series of public service announcements will be run in Inagua by Coast Radio and posted on notice boards throughout the community reminding the citizens of Inagua of the following:

The Department of Immigration reminds all citizens that it is an offence to hire anyone in The Bahamas who is not a Bahamian or a permanent resident without a work permit.  This is regardless of whether that person has a visitor’s visa or a seaman’s visa or the duration of their stay in The Bahamas pursuant to entry on a visa.

That while a visitor or seaman may walk about the environs of the town and use public facilities, they cannot be hired for work in The Bahamas without a work permit.  Work includes selling goods or buying or collecting goods for the purposes of export and gain.

The public dump in Inagua is the property of The Bahamas government and no one can enter the dump or remove material from the dump without the permission of the government.

Scrap material collected from the dump may be subject to excise or other taxes and so should not be exported from the country without the permission of the Department of Customs.

Citizens are reminded that officers of the Royal Bahamas Defence Force, the Royal Bahamas Police Force and the Customs Department have the powers of immigration officers.  Where there is a reasonable suspicion that an individual in The Bahamas has violated Immigration laws, those officials can exercise the lawful authority to question or detain that individual and can do so in Matthew Town where the circumstances demand it.

Going forward, there will greater scrutiny in Mathew Town to avoid the violation of immigration laws.

The Minister has pledged to supplement the existing complement of immigration officers with reserve officers as soon as the training and recruitment has been completed.

We thank the public for their cooperation.