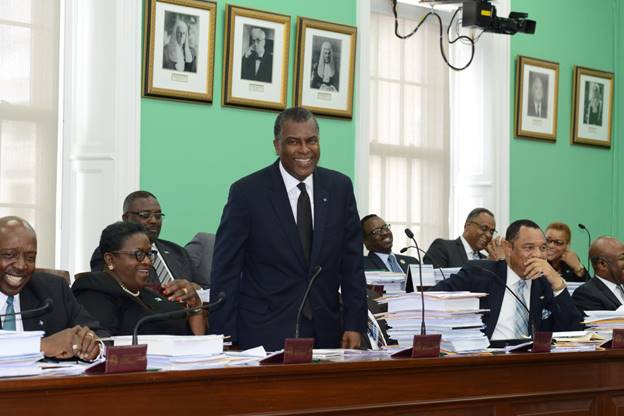 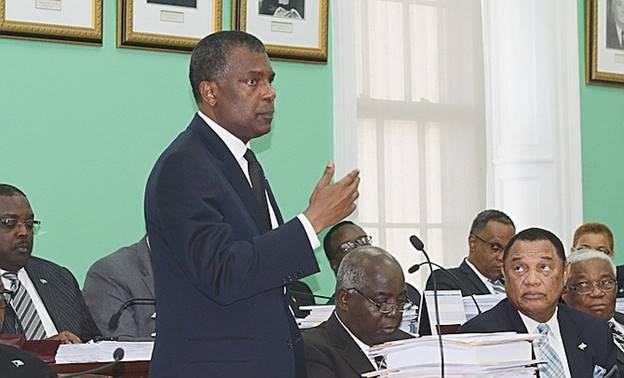 Fred Mitchell MP in the House on Wednesday 24 February.  The photos are by Peter Ramsay of the Bahamas Information Services.

I intend to address immigration issues in the public domain.

The first thing I want to say to the public is that there is no crisis in The Bahamas with regard to immigration. What you see here is a manufactured event by some people whose patriotism and sanity ought to be questioned and who appear to want to do anything including mocking God in order to achieve their ends. What transpired on television from a noted QC borders on blasphemy and mocking God. It is thoroughly shameful and he ought to be very careful how he takes the Lord’s name in vain.

It was embarrassing and everyone knows that Fred Smith Q C has only one god and that God is money.

I wish to repeat a public statement that issued from Placencia in Belize with regard to a decision to release two Cuban nationals in the general population of The Bahamas:

19 February 2016
I have noted the decision of the courts with regard to the two Cuban Nationals: Carlos Pupa and Lazaro Seara.

Please take note of the following:
The Department of Immigration takes the position that these individuals are a national security risk. We continue to support that position. Those were the clear instructions from our principals at the highest levels to pursue that position.

Those instructions did not change and were not changed.

I have asked for an investigation then into how a court was persuaded that two people that the government believes with cogent evidence are a security risk, were released into the general population of The Bahamas.

All of our border forces have been notified of the potential risk of these individuals being out in the general community and should be so warned.

I expect to present a full report to the House on Wednesday 24 February.

Consistent with that undertaking I now wish to provide the House with an explanation of the backstory of this matter further to the press release.