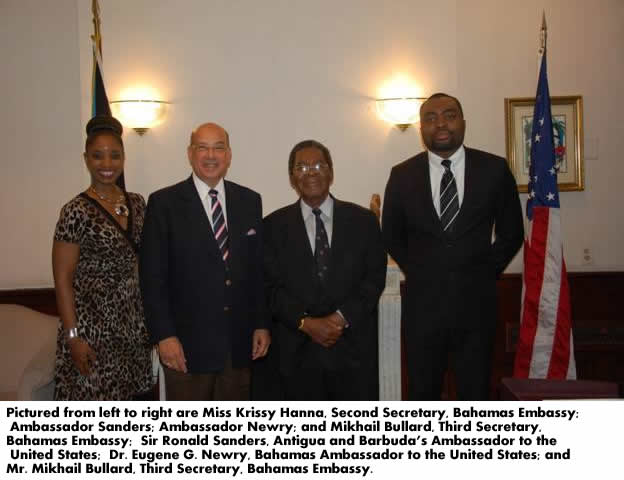 WASHINGTON, physician D.C. —  H.E. Sir Ronald Sanders, newly appointed Ambassador of Antigua and Barbuda, paid a courtesy call on H.E. Eugene G. Newry, Ambassador of The Bahamas, at the Embassy of The Bahamas in Washington, D.C., on Thursday, August 20, 2015.

Toast to The Bahamas on the occasion of the 42nd Anniversary of Independence of The Bahamas, hosted by Honorary Consul ?(belated event held on August 18):

The Honourable Winston Dookeran, Minister of Foreign Affairs, T&T  proposes a reciprocal toast to the Government and peoples of The Bahamas?. Accepting on behalf of The Bahamas, Dr E Monica Davis, Honorary Consul in Trinidad and Tobago 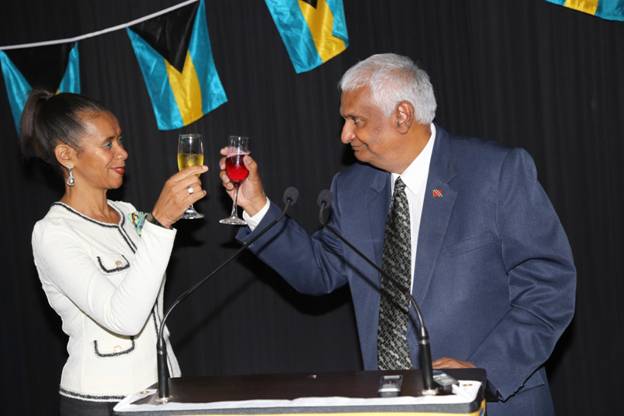 Sir Dennis Byron, President of the Caribbean Court of Justice conversing with Prof Andy Knight Director, Institute of International Relations and Diplomatic Academy of the Caribbean ?at the celebration of the 42nd Anniversary of Independence of The Bahamas 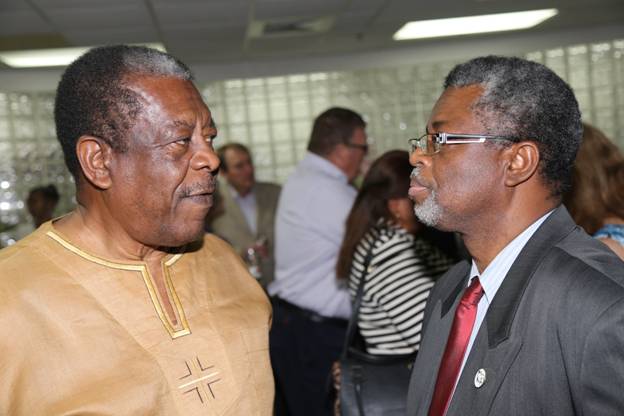 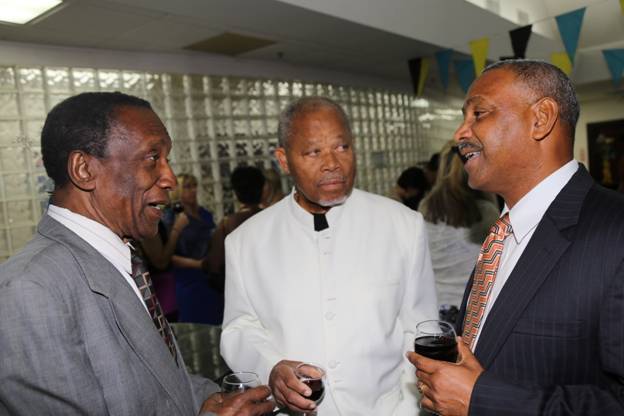