A CORPSE NEVER COMPLAINS ABOUT THE COLD 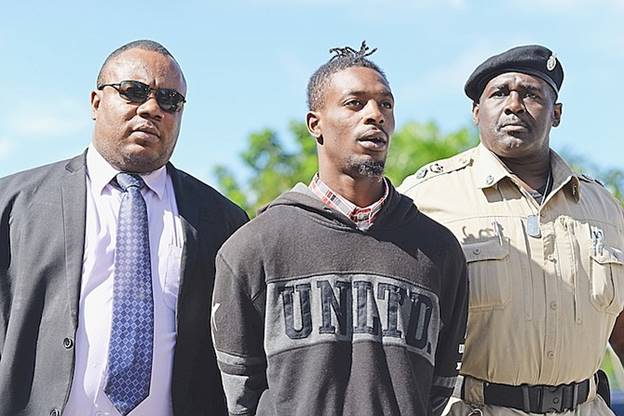 When Deangelo Bethel, the owner of Snapper’s Restaurant in Fox Hill, was executed on the streets near the Montagu Beach with his wife in the car  in the early days of 2016,  shock waves went through a community that  has become desensitized to random death and killing.  How bad is this going to get?  How can we stop it?   There was the usual appeal to the politicians to do something?  The politicians can do nothing to stop it.  We should get used to that fact.  We and they should stop saying it as should the Commissioner of Police.

Best the whole lot of them can deliver is to better manage what is happening.  This is to us a real case of the country and the people  following the Biblical injunction to “ turn from their wicked ways”.

Just a few days before that Bethel killing, a young man, waiting to become a prison officer, refused to give someone a drink of Hennessy Brandy and for that got five shots in the back and met his death.  That frightened the peaceful neighbourhood of Monastery Park. One woman told her representative, this is not safe anymore.

Around the same time, the story is that a Volleyball Coach Devince Smith met a gruesome death in his apartment at the hands of someone who was very angry.  We exposed the back chats last week and given what we now hear it appears that the defence is all set to say that the individual charged was defending his manhood and so on and so forth and its aright for that reason to kill a whole man.

The moral of the stories is don’t be a successful businessman, don’t refuse to give someone a drink of second rate brandy and for God’s sake don’t invite someone into your house of the same gender and  come on to them.  For all those reasons, you can end up dead and so far, so far, not one person has been convicted and the one charged, we shall see whether justice is served.

Our point here is not to join this hopelessness, haplessness, helplessness brigade.  These are human, manmade issues.  The corpse never complains about how it got so cold. These men are all dead. There must be justice for them and for their families.

In Fox Hill, a mother, mothers cry out, because three years almost after their loved ones were shot down in cold blood at the Freedom Park basketball Court, no one is convicted.   Not one brought to court before a jury.  The blood cries out for justice.

From our point of view, justice will be to use our intellect, and God given minds to think this through and solve this random violence and viciousness that infects this society.  There has got to be a way. There must be a way.

Quinn McCartney who used to be Deputy to the Commissioner of Police has left the Force, washed his hands of the matter and says it’s the present Commissioner’s fault and he must go.