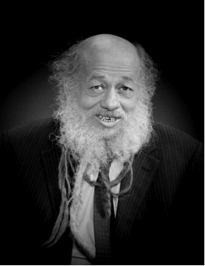 cialis usa times;”>Retired legal scholar Arthur Dion Hanna Jr. is recognized for his life’s work of advocating for equal access to legal counsel for the poor, marginalized and culturally disadvantaged.

He was a member of the Bahamas Bar Association for thirty-seven years having been admitted to The Bahamas Bar and the Bar of England and Wales in 1977. After a varied legal practice in the United Kingdom and The Bahamas at both the public and private Bars, Mr. Hanna joined the Council of Legal Education Eugene Dupuch Law School in 1999 as the Director of the Law School’s Legal Aid Clinic, becoming the first person to hold the post.

He has published many scholarly articles and has also authored the book, ‘Land and Freedom – A Return to the Fishing Village: Sabbatical Essays from a Legal Aid Lawyer’. Mr. Hanna holds a Bachelor of Laws degree from the University of The West Indies and a Masters in Law from the School of African and Oriental Studies, U.K. He is a member of Inner Temple of the Bar of England, and Wales, The Bahamas Bar, The Bahamas Law Guild, the National Conference of Black Lawyers (USA) and the Society of Black Lawyers (UK).

At the Legal Aid Clinic Mr. Hanna was instrumental in introducing many initiatives, including the Law School’s Imoja Lecture Series.  Mr. Hanna retired from the Law School July 1, 2015.

In December 2015, Mr. Hanna was awarded the Law School’s Smokey Joe Award for outstanding service to the Council of Legal Education Eugene Dupuch Law School. The award was presented to Mr. Hanna, via a video conference. In thanking the Law School for the acknowledgment of his service, Mr. Hanna gave thanks to his wife, Ramila, who was also present, his family, friends and colleagues at the Law School for their support and encouragement over the years.

Smokey Joe was a weekly humorous commentary on Bahamian politics, society and manners written by Mr. Eugene Dupuch QC, the person after whom this Law School was named.