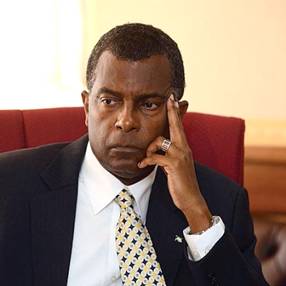 When I was a little boy, viagra usa Keith Archer was big boy to me ( we are talking early  to mid-1960s).  He was a server around the altar at Holy Spirit Church in Chippingham where my mother was the organist, so I got to see him in action every Sunday.  He was a good thurifer, he swung a mean smoke pot.  He was good.

The next scene though and this is the one that is the enduring one for me, that of the man of action.  I can’t use the word I really want to use in this piece, after all we are writing to polite society.  Keith Archer simply didn’t “mess” around.  Let me put it that way, but you know what I want to say.  He was a union leader and they were leading an action in the yard of the Batelco premises in Poinciana Drive.  The powers that be called in the Strike Force and they had to lift him and his compatriots bodily out of the yard at Batelco.  I was a reporter on the other side but man that was my kind of action.  I wished something like could have happened to me in my political career.

I got to work with him when I was the Public Service Minister from 2002 to 2007 and I saw him work his magic at crafting comprises and settling disputes.  He did a great job for the government and saved the country a lot of money, heartache and grief.

‘I  got to stand with him when he was struggling with the issue with his son.  I got to see a softer side.

But bottom line is: this is my friend.  He is a great man.  We are joined together by church and family and work and friendship and love of country.  He is a great patriot, a good family man and a wonderful contributor the Commonwealth of The Bahamas.  I am happy that Brother Shane Gibson is able to do this for him together with so many of his former trade unionists, fellow workers and friends.

I’m only sorry I can’t be there for the event itself but he knows that I am there in spirit.  Congratulations brother from Fred the Dread.