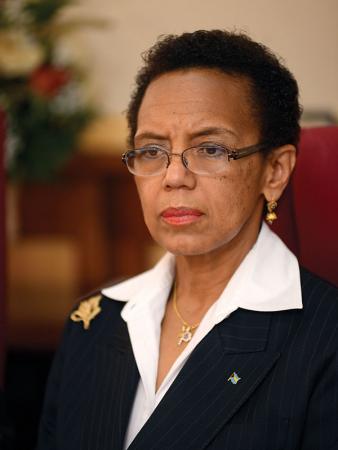 Responding to media reports attributed to former Court of Appeal President Dame Joan Sawyer that the upcoming referendum on gender equality is “a waste of time,” Attorney General Senator Allyson Maynard- Gibson had this to say:

“After widest consultation, with a great many legal and other experts, and with the people of The Bahamas, the Constitutional Commission recommended — and the Government and Opposition agreed — that this referendum be held, so that equality under our laws be enshrined in our nation’s most important legal document.

“Our Constitution currently prevents Parliament from passing laws which discriminate on the basis of race or religion; this referendum is an opportunity to also specifically prevent new laws which might discriminate against a Bahamian citizen because they are male or female.

“The courts have repeatedly found that Article 15 does not guarantee equal rights. Article 26 is the only provision which deals with discrimination. It must therefore be amended if Bahamian men and women are to be able to count on equal treatment under our laws.

“Additionally, it cannot be doubted that the citizenship provisions of our Constitution currently disadvantage women, and in one instance, men, in their ability to transmit their citizenship to their children and spouses.  Amendments one, two and three address this unfairness, which has an impact on so many of our families.

“Bahamians understand that men and women will always be different, but that as citizens, they should be treated equally.  And many Bahamians agree: this is an historic opportunity to make sure our children and grandchildren share the same rights and the same opportunities.”