Alfred Sears Responds To The Minister Of Tourism 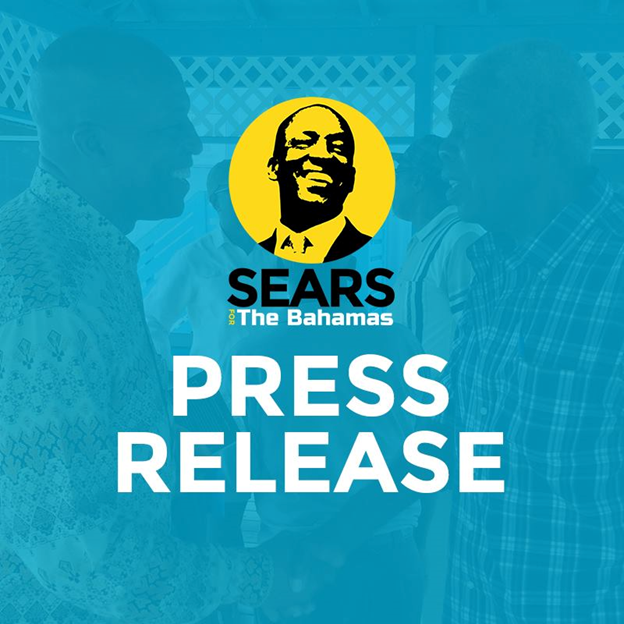 It is indeed curious but not surprising the headline attributed to my Honourable colleague and the Minister of Tourism in yesterday’s Nassau Guardian. The Caribbean Muzik Festival is a matter that I have addressed on several occasions. I refer the press to my earlier release on the matter dated 12th May, 2016, a copy of which is enclosed. I stand by the position and statements outlined therein.

The fact of the matter is that there is a commercial dispute between the Ministry of Tourism and the company, Caribbean Music Festival (2000) Limited, relating to the postponement of a portion, two of three nights, of the 2015 Caribbean Muzik Festival and about the fulfilment of duties by both parties, pursuant to the commercial contract between these two parties to stage a series of festivals over the course of five years. It is unfortunate that in the interest of full transparency that the Minister has not shared with the public the contractual claims made by the company against his Ministry and its failure to fulfil contractual obligations.

While the Minister publicly lectured me on integrity, the Minister failed to disclose to the public that there is an outstanding contractual dispute between the Ministry and the Company. In a letter dated 4th November 2015 from the Company’s attorney, Mr. Obi Pindling, complained that the Ministry of Tourism had failed to perform certain contractual undertakings, pursuant to clause 4 (a) of the Host Country Agreement dated the 8th December 2014. Again, Mr. Pindling wrote the PS at Tourism a letter dated the 30th November 2015 reminding the Ministry that this dispute had not been responded to by the Ministry.

Further, the Minister of Tourism failed to disclose to the public that the Festival had been postponed at least on three occasions prior to October 2015, at the request of the Minister, to ensure that the Carnival Festival had pride of place and no competition from the Caribbean Muzik Festival. In each instance of postponement, the Company had already paid artists and service vendors for the dates which were vacated.

Although several persons were involved in the planning of the Caribbean Muzik Festival and served as directors for Caribbean Music Festival (2000) Limited, for whatever peculiar reasons, the Hon. Minister of Tourism has singled out Alfred Sears and not the Chairman, President, other Directors, organizer or franchise holder for this special public lecture.

I would expect that the comments of my esteemed colleague are not motivated by more than public interest.

Further, I am made to understand that the Minister Tourism met with Mr. Desmond Edwards, a Director and minority shareholder of the Company on 30th July, 2016. During that meeting I am advised that the Minister of Tourism apologized for his Ministry’s abandonment of the music festival and failure to live up to the terms of the agreements between the parties. There was also an understanding that all parties would work together to realize the festival before the end of this year. I have been authorized to share the e-mail to you from Mr. Edwards following the meeting and his letter to the Minister of Tourism confirming the discussions held.
I again reiterate that the making of innuendos, insinuations and allegations of wrongdoing by a public official, without full disclosure, against an individual without addressing the party in contract with a public entity does not contribute to the ease of doing business in The Bahamas or increase the confidence of Bahamian and foreign investors in contract with the Government. It is not the right way to conduct the business of the country.

The Minister admitted in the interview that he has not contacted me with regards to any of the claims or assertions that he has sought to make in the press. I would expect that the honourable thing would be to contact me and request answers before making such reckless public statements. My numbers have not changed and as the Minister has called me before he is welcomed to do so. Let us not allow internal politics taint the way we conduct business and address genuine commercial disputes.

I live up to my responsibilities and do not deflect or play “politics” with matters of business or national service.

The Minister, in the public interest, should meet with the Company and seek to resolve the dispute in good faith or have the Court resolve the matter.

This old style of one-sided “gotcha” politics must become a thing of the past.