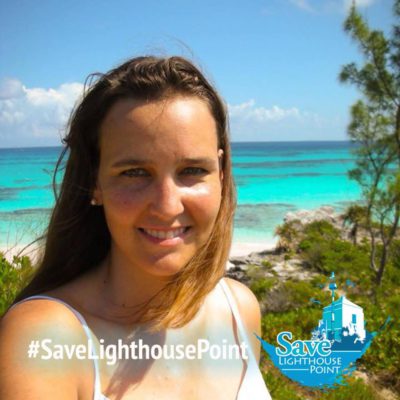 I really can’t overemphasize what went on tonight. It was a pretense of democracy. Pretense of accountability.

Yesterday I received an email saying the PM was holding a town meeting at 7pm to discuss the “the development of the economies” in Eleuthera. As one of the only economists from eleuthera I felt I had to go. Paid for a ticket and gave up a day of work.

I was told that there would be a lot of people as the pro-Disney folks had a truck with speakers and a full-on motorcade. So we showed up early at 6:20. At 6:30pm I was surprised to see the meeting commence with a gentleman wearing a Disney shirt say that the “pep rally” portion of the evening was commencing. Over the next hour and a half, a dozen or so speakers came to the microphone to discuss why Disney had been sent by God, how Disney would provide for all.

And how the “white oppressors” would be overcome by Disney. Which – let me tell you – was such a spectacular irony I gasped out loud.

At 7:30pm we went into the parking lot and saw the PM hanging out there. Waiting. For the Disney rally to end.

Then. At just past 8pm he walked in.  After the typical protocols were complete various officials spoke. Including MP Johnson whose wife sat behind them wearing a Disney shirt. After some more talking, the PM spoke. Started with good news about free education for all starting at BTVI and UB. Wahoo. He spoke about affordable housing for under $15000. Wahoo.

Then stuff fell apart. And by “stuff” I mean no-conflict-of-interest and transparency. The PM – I am not making this up – brought out a printed poster from the Disney proposal. It was of the 2008 development. He then proceeded to say- and again, I have to categorically state this is not a TV show (but I am paraphrasing) – “this 2008 option was going to be a terrible development. That would have had environmental problems. Don’t bring up to me that this could be environmentally bad. No one spoke up about that development so no one can speak up now. There will be no environmental problems discussed”.

Now. I had issues with this for so many reasons. First – my Dialogue – Bahamas show came to LHP in 2008 specifically to highlight its pristine beauty and to say we couldn’t allow that development. So. Fake news?

Let’s think about that whole thing.

Moving on. Again. To the next “holy crap when did I get transported to the twilight zone” moment.

The individuals in the audience came up to speak.

The folks lined up.

And they spoke of deprivation. And of economic depression. And no educational opportunities. And lack of health care. Essentially everything I try and change. It was truly moving. These were individuals facing serious issues. And they fully believed that Disney was going to be the saviour to save them.

It was horrific in every way.

But. Some folks then came up to say that OEF were liars. That they were actually simply going to be setting up private lands for white foreigners who want to be naked on the beach (nope, yet again, I am not joking).

So. I wasn’t quite so empathetic after that. Slander makes me mad.

Moving on. Several members of the audience came up to speak about their hesitancy with regards to the Disney proposal and why they felt a Bahamian-backed proposal was what they felt was better. But unless you were close to them you couldn’t hear.

Because the crowd had descended into the basic primal instincts of the colosseum. Honestly.

It was a level of depravity I have not encountered before.

And please remember. I worked at Ministry of Health. At NIB. In goddamn Serbia.

Anyway. I don’t know what to say. But if you care about your country. Call your MP. Tell him (I’d like to say her but, well, we know how many female MPs there are) you can’t believe what happened. Tell him you’re outraged.

The PM said he’s meeting with OEF on Friday to hear the proposal for a sustainable development. Then they will decide on Tuesday in Cabinet.

Let the ministers know how you feel.

Because. Our country needs better than what happened tonight.