And They Lay Them Off One By One (Foreign Services Officers) 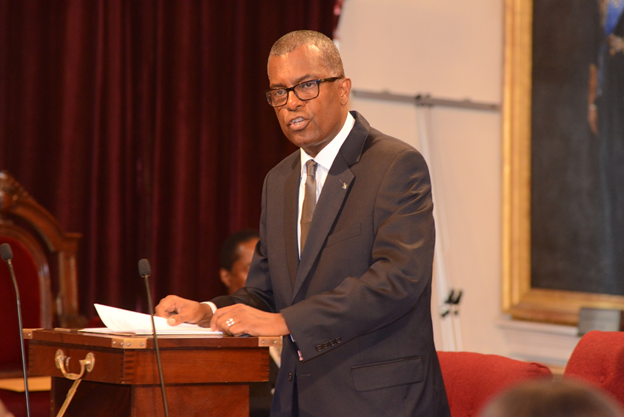 “It is a similar situation in Foreign Affairs.  The Deputy High Commissioner in London is a contract officer.  The Director General is a contract officer.  There are several contract officers at the diplomatic level in New York and one officer recruited by the Prime Minister, a Bahamian, living overseas who now after spending a year and some of his contract because he is connected to the ancien regime is to be dismissed.  There are assistant protocol officers in all the posts and press and cultural attaches.  Some of these officers were told to come home within a month’s time. Then their contracts were terminated summarily.  So in the language of a defence force officer, they have been dishonourably discharged, although there is no basis for it.  When they seek another job, and when asked what happened, they will say I was fired by the Ministry of Foreign Affairs.  The Minister has gone on record as saying none of them have the requisite qualifications for the jobs which they have.  No one can say that this applies to Oswald Brown for example. Why would a new government want to engender such hatred in the minds of these people and their families?

“And don’t give me the issue of money.  Clearly the cost of the dismissal is more expensive than allowing  them to stay . So they are left to think that it is simply a political vendetta.

“Yet a Minister of the people’s government, and I would venture given the scale of the popular vote for the FNM that many of these same people voted for the FNM, condemns them as  superfluous staff.  Do you remember how one of the PLPs ministers got in trouble a long time ago when in the middle of a trade dispute at the Broadcasting Corporation of The Bahamas, he described the problem as being about a “mere messenger”? So these people with their minimum wage jobs are superfluous.

“But not others are superfluous staff, some of those now embraced who have many, many issues with regard to their service notwithstanding their long service but who are protected by the public service cocoon.  This is most unfair to these younger individuals and contract officers.

“Here’s the difference. When I took over in 2012.  I spoke to some who had served with the FNM regime before me, and they told me, be careful of this one, watch for that one.

“One thing I can say without fear or equivocation, that which I said yesterday to Senator Moss, for all my sins and there are many I expect, I have never and I say never inquired of any member of the staff of any department in which I operated what that persons politics were on the job.  I believe truly what Martin Luther King said: it is the content of your character that counts with me.

“There were many provocations of course. Like one Member of the staff who posted a photo in a red shirt on a campaign trip with the FNM to Eleuthera which was clear grounds for disciplinary action.  But given the counsel of the public officials, the matter rested.

“As to those who are being dismissed, in so far as I am aware, none of them have negative ACRs.  Each of them have performed the jobs which they were called upon to do. I am loathe to raise any of this because no doubt there will be the usual refuge of scatological nonsense for scoundrels for attacking me, but when we were all moved yesterday by Senator Moss, I recalled one of these officers telling me that all his life in The Bahamas he had no bed to sleep on, he was raised in one of our family islands sleeping on a couch with one family to the next; another was raised in the Ranfurly Homes for Children and the press lauded him when they learned of the service overseas.  Now no doubt these individuals ask: what did we do?

“I say this in the context of the activist Senator Henfield; the trade unionists Senators Dotson and Ferguson.  It is simply not right to pick on these small people, dismiss them as superfluous and then treat them as shabbily as they are being treated after dismissing them.  It is not right.”

PrevPreviousA Message To The PLP There Is A Time For Silence
NextFNM Senators Dotson, Moss and MP Humes Employment IssuesNext