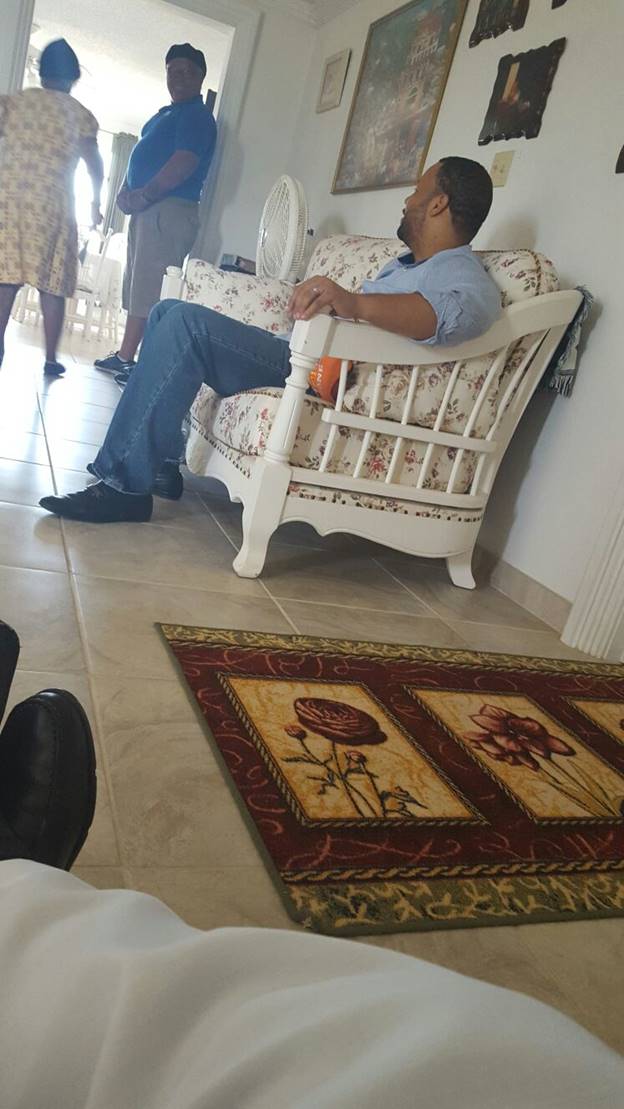 The photos started circulating early on Friday 19th February of Andre Rollins, sildenafil the rogue PLP MP, now FNM in Long Island.  This came after Loretta Butler Turner, the FNM incumbent MP for the area, wrote a letter to Michael Pintard, the Chairman of the FNM saying that he should not be holding a meeting with her branch executive without telling her as a courtesy and giving her an opportunity to be there.  Mr. Rollins was asked outside the House of Assembly on Wednesday 17 February if he was in fact going to run in Long Island.  His reply was equivocal. He said people start rumours.  So that is a non-denial, denial.

Now the plot thickens with his visit to Long Island and being collected by Elias Cartwright, a Branch executive, from the airport.  If you know Long Island, you will know that you can’t get into Deadman’s Cay without anyone knowing, especially if you came on the commercial flight. Because people just go to the airport there for the fun of it, to see who came off the plane from Nassau.

The entire FNM pro Minnis establishment had their script ready.  Nothing to be concerned about they said.  After all Mr. Rollins’ mother is from Long island, he has family there and he was just visiting family as far they knew.  Yeah right.  Visiting the Branch Chairman at the same time.   The lawyers argue: the improbability of coincidence.

The best of all though was the FNM Branch executive in Long Island who said that “ Loretta was the best man for the job in Long Island.”

So while Loretta Butler Turner MP was in Nassau grandstanding in the House of Assembly; she really has to, ought to, look in her own backyard for trouble.

Other happenings in the FNM: in Nassau a fight took place at an FNM meeting on Wednesday night 17th February.  The newspapers said police had to be called.  Shouting match.  People parted. Howard Johnson who has the nomination for South Beach may not be so welcomed after he was foisted upon the South Beach branch by the Minnis faction of the FNM.

We are now starting to call them factions because this seems like 1977 revisited.  Pierre Dupuch, the former MP, wrote an interesting article which we publish below which recalls the earlier split in 1977 between the Whitfield faction and the  old UBP faction of the FNM.

Up in the stratosphere though the former boss hog Hubert Ingraham and his side kick Frank Watson went off to see the Wicked Witch of the East, in the person of Eileen Carron.  She, sitting on her throne, may have summoned them to come.  No word on what was said at the meeting but we venture if Mr. Ingraham wants to save his party and his legacy, he had better tell her to tone down on her anti-Minnis rhetoric or there won’t be any party left for them to defend.

That is what happened to the FNM last week.  The PLP was mainly a side show last week, save that they allowed the doctors to bamboozle them into delaying the start of National Health Insurance.  Bad move.  Anyway, that is what it is.

We encourage the FNM to keep it up.  Mr. Rollins has proven to be more full of guile than we thought.  Clever dick.  He got slapped for abusing the fat lady so she said, but now he is getting revenge on her by taking away her seat.  Michael Pintard, the FNM Chair is in MP Neko Grant’s backyard seeking the nomination and aint even asking Mr. Grant’s permission.    Richard Lightbourn MP for Montagu is accused of being a racist.  Fight breaks out that requires the police to be called.  The ventriloquist and his dummy go off to see the Wicked Witch of the East.  Wonders never cease.  Truth is stranger than fiction.

Keep it up fellas; you are on the right course.