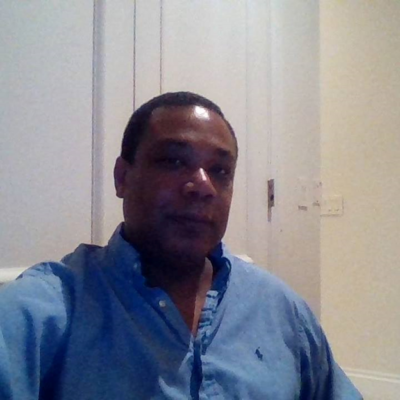 Imagine a government so hard up for revenues that it raises consumption taxes on its poor and middle classes by 60 percent, then heroically ignores the outcry of the whole population for a reconsideration. Imagine the fiscal situation getting so dismal that the government cuts assistance for (mandatory) uniforms to the children of its most vulnerable, again boldly ignoring all pleas.

Now imagine that same government, faced with the opportunity to remove an unjustified tax cap that affects only people with homes valued at over $3.3m, backing down in the face of a single letter from 800 wealthy landowners and agreeing to keep the regressive cap (and forego the prospective revenues) without so much as a whisper of consultation with the masses of the population.

Sound absurd? Welcome to Bahamas in 2018.

What makes the latest, mindboggling decision by our political leaders so maddening is that, while they ignored the most compelling arguments against earlier tax decisions by the country’s most seasoned economists, they appear to have been taken in by the farcically nonsensical reasoning set out in the letter by Mr Henry Cabot Lodge III.

According to Mr Cabot Lodge, he and his fellow residents of Lyford Cay would find it so objectionable to be subject (without qualifications) to the same rate of Real Property Tax as those living in Yellow Elder, that they would consider leaving the country without some special consideration being given to their wealth and what it brings to our country.

Suffice it to say, this viewpoint is repugnant both from a moral and an economic standpoint.

A morally responsible Real Property tax (such as exists in Mr Cabot Lodge’s own country) favours less wealthy people and exempts the very poorest altogether. Within such a progressive tax regime, a cap on the rate of increase of taxation (to, say three percent) for the wealthiest is understandable. This is common in the USA. But a cap on an arbitrary dollar amount is pure insanity. Its only effect is to actually reverse the progressive equation and impose on a man with a $250,000 home in Golden Gates a higher rate of taxation (1.5 percent) than that of a wealthy foreign resident with a $10m home in Lyford Cay (0.005 percent).

While government has clarified that it only ever proposed to remove the cap for “commercial” (ie rental) properties, this means that ‘owner occupied’ homes valued at $3.3m and more remain the beneficiaries of a policy that will benefit nobody else. Is that fair and equitable?

Economically it makes no sense because, with all due respect to Mr Cabot Lodge and friends, our economy simply does not need them. In fact, contrary to a common perception, their presence here is not even a factor in our high GDP per capita on paper.

For the record, the wealth of permanent residents is generally not calculated within The Bahamas’ GDP, which, by definition, is confined to domestically generated wealth. While an American hedge fund manager or owner of a tech firm may live in Lyford Cay, his corporate income is reflected in the GDP of the United States (which it distorts upwardly, leaving most Americans unaffected by the economic boom their politicians are currently boasting of) while profits come mainly from places like China. That they live part time in Lyford Cay may be a boon to the Philipino maids they employ, but it impacts the Bahamian economy to a far lesser extent than the collective spending of the residents of Carmichael, for instance, both on paper and in reality.

The Bahamas’ high GDP per capita results from the impact on our small population of large, service-oriented investments like Atlantis, Baha Mar and Baker’s Bay. The tens of thousands of salaries they pay and the large scale services they consume provide massive foreign exchange to the Bahamian economy. By comparison, the contribution of wealthy foreign residents is miniscule and, in some senses (like pricing Bahamians out of limited real estate) is arguably negative.

Ultimately, what Mr Cabot Lodge and friends need to be reminded is that, unlike some of the jurisdictions that may be chomping at the bit for their likes to become residents, we in The Bahamas are a wealthy country. And while we have never had a shortage of wealthy people from all over the world happy to live among us, their presence is by no stretch of the imagination the reason for that wealth, or even a major contributing factor.