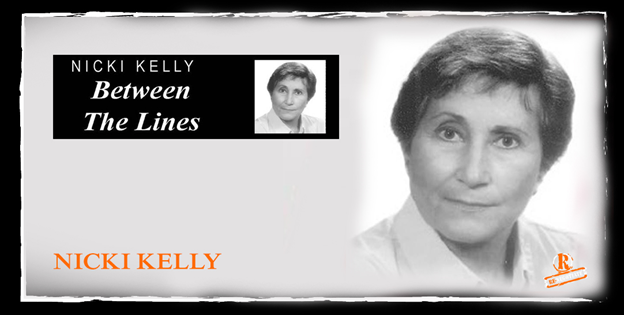 In her column of   11 September in the down market Punch newspaper, Nicki Kelly decided that she would mess with Senator Fred Mitchell.  The following statement was issued by Mr. Mitchell in response:

One of the Progressive Young Liberals has brought to my attention a piece of garbage written today by Niki Kelly.

I wondered why most people with considered opinions have lost respect for Niki Kelly as a writer. When she left The Tribune we were all mortified that she would migrate down market to an entertainment rag.

We are saddened further that she has now joined the Sawdust Brain Gang led by Candia Dames with Eileen Carron as founding members.

To make matters worse, Ms Kelly can’t even add. I left school a long time ago but the Progressive Young Liberals tell me that in today’s Math classes, two and two are still four and not five.

I am sorry for Ms Kelly that she is now also officially an FNM troll.

If these people don’t like us or me or the PLP or if as they claim we are irrelevant, why do they keep putting pen to paper to write about us? Ms Kelly’s article is replete with lies, non sequiturs and mischief making.

The PLP is capable of doing more than one thing at a time. Would it not be obvious for a reporter of her standing to actually check to see what I was doing while the Leader of The Party was in his constituency? Could it be that I was on assignment elsewhere?

In fact, I have a Facebook page Fred Mitchell Minute By Minute which displays all my public activities.

Bottom line why the frig don’t you all stay out of the PLP’s business? The FNM has had four months, fifty six to go. They had better enjoy it while they can.

As for Ms Kelly, my friend and mentor Cyril Stevenson, former MP and Newspaper man and a friend of yours too would not be happy with the untruths that you wrote today.