BAHAMAR GOES BELLY UP AND WHO’S TO BLAME? 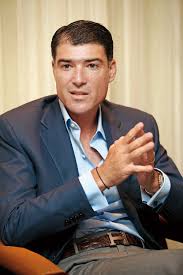 cialis sale drugstore times;”>Sarkis Izmirlian comes off as neither a friend of The Bahamas, salve nor of the employees whose lives that he put in jeopardy at Bahamar last week when he foolishly and stupidly led his companies to declare bankruptcy under the laws of Delaware in the United States, site bringing the Bahamar project to a screeching halt and sending the company belly up.  Mr. Izmirlian is in a word acting like an ass, a jerk of the first order.  The Prime Minister’s words were too polite for his matter.  The government was  blinded sided by this, but this was a dirty trick of the first order.  It was a stab in the back. It was an act of shameful cowardice.  The question must arise whether this man is a fit and proper person to continue living in The Bahamas as a permanent resident of The Bahamas.  That is how serious we view this matter.

The employees of Bahamar, some 2000, strong, are being used as pawns in a high stakes game of who knows what.  Foolishly they are being manipulated into marching in the streets for a man who they are praising but who is not in our opinion praiseworthy at all.

The facts appeared in the garbage tin and piece together an interesting narrative which does not comport with the developer’s narrative that it’s all the contractor’s fault.  You choose which version you believe:

Bahamar said to its lenders when the contractor said enough is enough,  that they needed 300 million dollars to finish the project.

They blamed China Construction for the delays in the opening.  That is patently false.

What happened is because of change orders there were cost overruns and the project ran over budget.  The developers did not have the money to finish the project.  In default of payments, they made an arrangement with China Construction to pay over time what was owed.  By March, they had defaulted on the 50 million dollar a month payment plan and the contractor thought that it had enough and simply sent its workers home.

The dispute about cost overruns and breaches is now in the London courts.

It required the following:

Certification from a Quantity Surveyor that 300 million dollars would indeed finish the project.

Once certified, the bank would extend a further loan of 150 million dollars but the developer would have to put 75 million and the contractor 75 million.  The bank also wanted the developer’s personal guarantee.  This was all agreed up to Monday morning when the final meetings were to be held and the personal guarantee was to be delivered.  Then in the afternoon of Monday 29th June without notice, Sarkis Izmirlian showed up at the office of the Prime Minister with a press release in hand saying that the company was declaring bankruptcy in the American courts.  Bear in mind that an action in bankruptcy for a project this size cannot be done overnight, so  it is not farfetched to think that he must have known and must have contemplated this action all the while he was speaking to the Prime Minister to find additional monies.

The money from the government was in any case already earmarked at 21 million dollars to pay for the road works and would be set off against what Bahamar owed the government entities.

The developer wants the bankruptcy in the States so it can simply walk away from its contractual obligations in The Bahamas.  One hundred million dollars is owed to small contractors in debt.  Those small contractors should know that they have a right to petition the courts to wind up the companies that owe them their debts.

What this all brings to mind is the case of Allan Stanford in Antigua who set up this wonderful bank in Antigua, hired people, built cricket fields, started an airline.  He would lecture politicians in the Caribbean like school children.  In the end it turned out he was a crook and he ended up in an American jail.    There needs in our view to be a criminal investigation opened into the conduct of what happened in the construction of Bahamar.  This is deadly serious.