Bahamas Air Traffic Controllers President: What Is Her Effen problem? 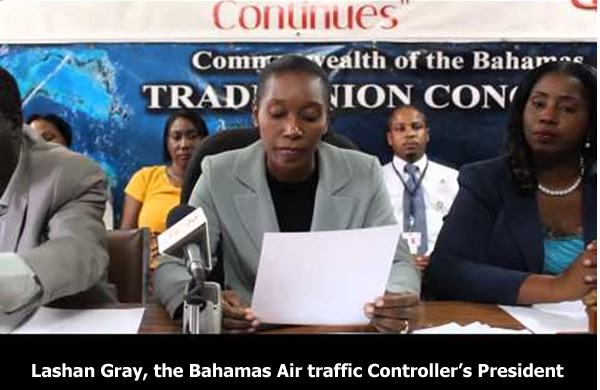 buy cialis recipe times;”>Just before the Easter break, viagra buy the President of the Bahamas Air Traffic Controller’s Union Lashan Gray announced that they were thinking about calling a strike during the second highest point in the tourist season Easter time.  Something has got to be wrong with her.  Is something not ticking quite right there?  People keep demanding that the government pay money as if this is a bottomless pit or money grows on trees.  Yes they should pay and the Ministry of Finance is not the fastest gun in the west but the money is coming.  The question is whether you have to carry on like a crazy loon in order to get it, threatening the economic viability of an already fragile state.  Here is the response of the Minister of Transport to the crazy talk of the Union: 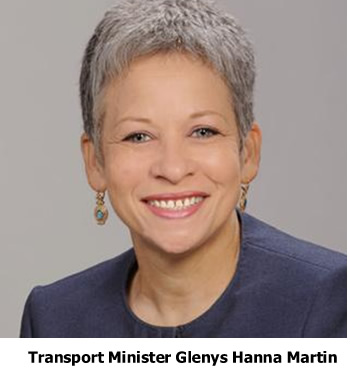 Ministry of Transport and Aviation

The Ministry of Transport & Aviation is very concerned about the comments attributed to the President of the Bahamas Air Traffic Controllers Union, (BATCU) Ms. Lashan Gray, in this morning’s issue of The Tribune newspaper, in which the President suggests that the Union may be considering taking industrial action over the Easter holidays.

The Ministry is shocked at the President’s implied threat to disrupt air traffic services unduly, and without cause, and thereby causing inconvenience to the travelling public. In fact, just yesterday, (1st April, 2015), the President was informed in writing by the Permanent Secretary of the Ministry of Transport & Aviation that the Public Treasury is preparing payments for the holidays worked, and that the said payments will be made by Tuesday, 7th April, 2015.

There is therefore no basis, in fact or in law for any such disruptive action in respect of an essential service. The Ministry advises that such action would not only be gratuitous, but would be a gross interference with the enjoyment of Bahamians and others over the Easter holidays. Further, the Ministry has been informed by aviation stakeholders that the pronouncements by the President of the Bahamas Air Traffic Controllers Union have created alarm in both the domestic and international aviation sectors.

The possibility has now arisen, based on information the Ministry is receiving, that these airlines will make business decisions that may divert Tourism traffic away from the Commonwealth of The Bahamas. The economic implications for the Bahamian people are obvious. The Ministry calls upon the President of the Union to act responsibly in the interest of the country.

The Ministry of Transport & Aviation wishes to advise the public that in light of the reported statements from the President of the Bahamas Air Traffic Controllers Union, and the potential threat to the Bahamian economy, the Department of Civil Aviation has put in place contingency measures to ensure that air traffic services are not disrupted during this busy travel period. Those plans have been communicated to the Air Operators Committee, which represents both domestic and international carriers.