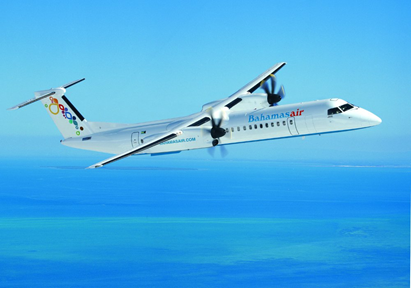 sildenafil times;”>The Board and management of Bahamasair are greatly disturbed and disappointed that individuals would attack the integrity of the organization, by posting erroneous and misleading information to the public.

The photograph used to suggest the aircraft purchased in 2014 was received with a damaged fuselage is an outright lie. Bahamasair will never place our passengers or our staff in a position where their safety is ever in jeopardy.  To suggest that the company purchased a compromised aircraft was intended to create fear and concern.  For the record, the part of the fuselage mentioned was purchased several months ago from a dismantled aircraft in Miami.  The part will be used for simulated Cabin training for Flight Attendants, who must now travel to Miami for manual training. This was enacted as part of a cost savings initiative currently underway at Bahamasair. It is projected that this new approach will save the company in excess of seventy thousand dollars ($70,000) annually.

We believe the source of this malicious attack to be an employee, as the photograph requires someone having security access to the ramp and Bahamasair’s hangar. The fact that the issue of aircraft from jet manufacturer, Embraer (EMB) is once again being raised confirms our suspicion of same. The operating cost per hour for an EMB 175 is $4,935 vs. $2,403 for the ATR, a difference of $2,532 per hour. Bahamasair’s turboprop flee accumulates 8,500 hours per annum. Operating a jet would cost the tax payers an additional $21,522,000 each year. Due to the libelous nature of the online article, we have since turned this matter over to the authorities with a view to having the information removed from the site and an apology issued.

As has been well documented in the press, we reiterate for the record that several analyses were done in-house and with conjunction with international consultants namely: Airstream, GECAS, Bristles, AVITAS, LIAT and Ascend before the ATR agreement was signed. It was determined that the current fleet of Boeing 737-500 series is best suited for the airline’s current international route network. We have six destinations that cover less than four hundred miles. As for our domestic fleet, the Dash-8’s that have been in service since 1989 are now being replaced by the ATR 42 and ATR 72 aircraft which is fifty percent (50%) more fuel efficient and has a lower maintenance and operating cost. The ATR has capacity to operate into all domestic airports including airstrips such as Crooked Island, which has a runway of 4300 feet where the jet is unable to go.

The Government has demonstrated its confidence in the numbers as the price agreed was negotiated to give the people of the Bahamas the best possible value for money. The figures given to the Bahamas government were prepared by management after negotiating with ATR. They were reviewed and tested by the Audit and Finance Committee of the Board of Directors, vetted and confirmed by the Financial Secretary and ultimately approved by the Cabinet. All aspects of due diligence was carried out as it relates to financial transactions of this nature not just by the government, but the lending agency as well.

In the interest of transparency we disclose the following breakdown of the loan.

Inventory and spare parts at a total initial cost of $ 3 million; and finally

Nevertheless, we look forward to the arrival of the new aircraft as it will enhance passenger experience and create new opportunities to generate revenue exponentially. We are fully occupied trying to handle the people’s business in a safe and transparent fashion.

We are proud to be the national flag carrier and look forward to this new chapter of quality customer service for stakeholders, Bahamians and visitors alike.