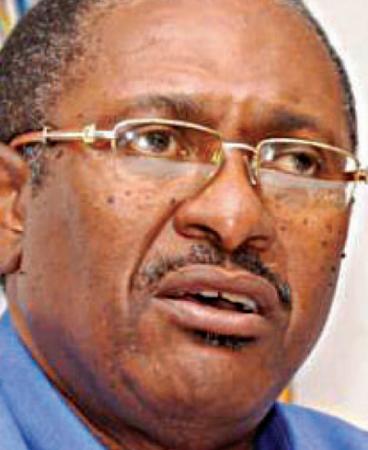 Having stood in Parliament in solidarity with the governing party and endorsed the four constitutional bills; having voted for all of the constitutional bills in Parliament, Dr. Minnis cannot with any credibility now say AFTER THE FACT that the success of the NO vote in the June 7 referendum is a rejection of the PLP government. He was a part of the government that voted for the bills and presented the same before the Bahamian people for their ratification.

MINNIS’ FLIP FLOPPING WAYS WILL PROVE TO BE HIS POLITICAL UNDOING!

By his unseemly actions, nobody knows where Dr. Minnis stands on any national issue of import and when he takes a position, his words cannot be trusted because he will change his mind as easily as the wind changes direction; this is not leadership and the Bahamian people are beginning to see this more and more each day.

Telling the media on referendum day that his vote was secret left many Bahamians to suspect and believe that having voted for the four bills in Parliament, Dr. Minnis changed his mind mid-stream and voted against the bills on referendum day. This is not leadership and Bahamians do not trust a so called leader who sends mixed messages and acts with such great ambiguity.

Senior members of his party have publicly criticized him for failing to lead effectively.

While more junior members of his party demonstrated leadership by cautioning Bahamians against peddling and being deceived by misinformation, Dr. Minnis was missing in action on this. He was publicly chided by members of his party for failing to show leadership on this important vote. Minnis apparently sat on the proverbial fence and waited until the results were announced to decide on what side of the fence he would land. Clearly, this is not leadership. Minnis lacks conviction and he lacks courage.

It is interesting that voters in several FNM leaning constituencies voted YES, in support of the government’s efforts to bring some form of resolution to this longstanding and vexing issue of equality in citizenship. Minnis unwittingly betted against staunch supporters of his own party while many of his supporters stood with the government in trying to address these long standing issues.

WHEN SUPPORTERS CAN RISE ABOVE PETTY PARTISAN POLITICS AND SHOW MORE LEADERSHIP THAN THEIR DULY ELECTED LEADER, THEN THAT LEADER IS WOEFULLY DEFICIENT AND HIS POSITION TENUOUS!

Also of note was the conspicuous absence of the majority of his caucus during his press conference in the minority room of the House even though they were in the precincts of the House during the briefing.

In the end the all important issues of citizenship and equality remain largely unresolved and will have to be revisited by future generations because disenfranchised Bahamians will not allow these issues to just go away.

As for the PLP, this organization believes that all Bahamians and their children should be treated equally under our supreme law; history will record where the PLP stood on this historic day and we thank the government for deepening our democracy with this referendum vote.