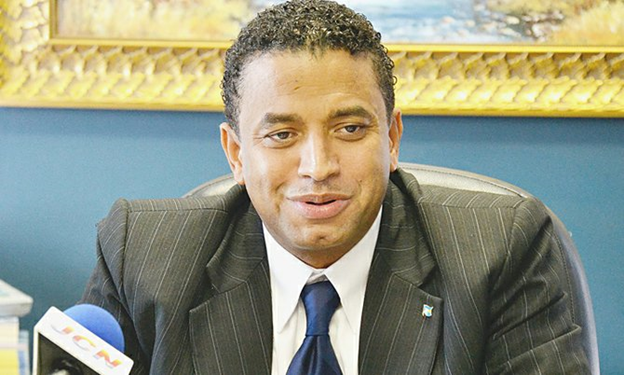 There is a saying about the Leader of the DNA Branville McCartney that he has never seen a mirror that he can pass by without looking into it.  It’s all about him.  Last week proved to demonstrate that when for some inexplicable reason and with a great deal of fanfare, horse dead and cow fat, he announced that he post which he acted with the same fanfare and horde dead and cow fat two months ago as Leader in the Senate for Loretta Butler Turner, he was resigning.  He attacked Mrs Butlers Turner for causing confusion, and said that he could no longer be a part of it.  Mr. McCartney makes himself look silly.  It also makes  a mockery of the institutions of the country, when people seem to be playing musical cheers with a serious  matter.  We think that Senator Rodney Moncur is absolutely correct when the news broke on Wednesday 1 March that Mr McCartney is a political coward. What a strange way to behave.  The action makes him look weak and ineffectual, he is ineffectual.  His resignation statement appears below:

Every decision I have made since entering frontline politics has not been made lightly.
Whether it was to leave the FNM, to lead the DNA or most recently, to accept the post as leader of opposition business in the Senate, I have carefully and prayerfully considered my moves as a public figure.

It was no different when accepting the appointment as leader of Opposition business in the Senate.

I accepted with the understanding that the Democratic National Alliance was separate and apart from any other opposition force, but would lend its voice, ideas and strength in official opposition to this failed Christie administration.

Let the record reflect that when the electorate called for a more pragmatic opposition, the DNA was the first and only party to answer.
However, today I informed Her Excellency the Governor General that I am resigning my Senate post with immediate effect.

The leader of the official opposition has, unfortunately, only sown seeds of confusion since assuming her post, bringing no real leadership or focused ideas to the fore.

As leader of the DNA, in consultation with the executives of the party, I feel that we must now divest ourselves of the farce that has become the official opposition and fully direct our efforts to securing victory in the next general election.

Famed U.S. Astronaut Chris Hadfield once said leadership is not about glorious crowning acts. It’s about “keeping your team focused on a goal and motivated to do their best to achieve it, especially when the stakes are high and the consequences really matter.”

By this standard, there currently exists no opposition party or personality in the House of Assembly that exemplifies the traits of true leadership.

Change clearly will not come from within; to that end we must continue our mission to affect change from outside Parliament until elections are held.

I encourage all Bahamians to register to vote and come with us to rid ourselves of the poisonous yoke of the failed parties that have brought this country to its knees.

The Bahamian people deserve better, and better is in your DNA. May God protect and keep the Commonwealth of The Bahamas.