BRENT SYMONETTE IS BACK…DICK LIGHTBOURN IS OUT 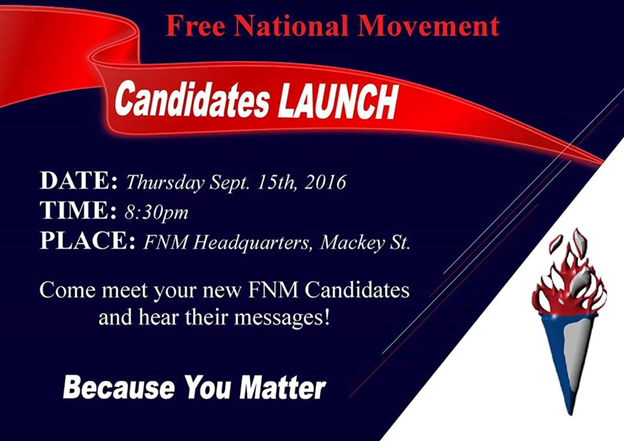 They say that imitation is the sincerest form of flattery.  That has to come to mind when you saw the Free National Movement on Thursday 15th September move their ratification process into the road in front of the FNM’s Headquarters on Mackey Street in Nassau.  The PLP has staged its nomination processes quite opening inviting the press in from the spring time.  It took a little while for the FNM to catch on but they have not caught on.  The crowds were pretty respectable.  It looks like the PLP has allowed them to catch themselves and they are now concretizing around Hubert Minnis, discount cialis as their leader.

Mr. Humes said that Ft Charlotte needs a fresh start and that they need a new representative.  This from the man who a few weeks ago endorsed Alfred Sears as the kind of man you need as the Leader of the PLP now he is going to oppose his election in Ft Charlotte. This a laughable.

Marvin Dames is known as one of the candidates of Sarkis Ismerlian.  There is the view that these are the revenge candidates for the man who lost the Bahamar development.  He is determined to rid the country of the PLP and so is backing Mr. Dames, and Dionysio D’Aguilar who served on his board.  There is also speculation that Jeffery Lloyd, the talk show host, will be joining the list.

The name of Brent Symonette keeps coming up.   The talk from the back chat at the FNM is that Dr. Minnis having fought them to a standstill has determined that he still needs their money to fight the general election.  The “they” are the white people in the FNM.  He has decided that in order to keep them within the fold, he is going to concede to them their traditional seats like St Anne’s and Montagu and let them decide who they want to go there.

That say the commentators will also certainly mean Brent Symonette, the former Deputy Prime Minister will  replace Hubert  Chipman MP, the now Opposition spokesman on Foreign Affairs as  the candidate for St Anne’s.  It is almost certain that MP Richard Lightbourn who disgraced himself by calling for the tubes of black women to be tied involuntarily, will be replaced in Montagu by Dionysio D’Aguilar, the former  head of the Chamber of Commerce and a loquacious businessman  who is one of those almost certainly being supported by  Sarkis Ismerlian, the man who lost Bahamar.  He served on the Board of Bahamar.

Last week the thought was that Brent Symonette would replace Theo Neilly who is not running again in North Eleuthera.  All of it remains to be seen.

The point is the PLP should take note that they, the FNM, are all coalescing behind one leader and one party.  They smell blood in the water and think they are headed for victory.  We in the PLP have our work cut out for us.  This is not about boundary changes or public relations.  This is about a real hard slog against a vicious group of people gathered under the FNM banner.   Through that thicket we must plot another victory.