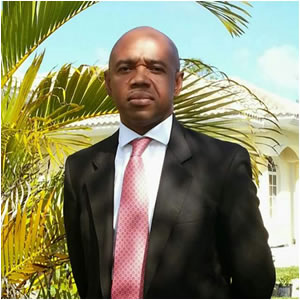 ACHAN IN THE CAMP

Three weeks ago I posed a simple question, viagra sales “Are the core values of the PLP still relevant, viagra sales or have they been cast aside in favor of foreign direct investment”? This is the instrument being used to help develop and modernize our country. This week the answer came back loud and clear from the Attorney General, Allyson Maynard Gibson who before had come to prominence in the Pleasant Bridgewater saga. She used the power of her good office to signal to the business community that the policy had tilted in favor of big business. Mrs. Gibson has become the ACHEN in the camp of the PLP and, because of her actions will cause the party great difficulty and, will rob the party of its perceived blessings. PLP’s mark this day.

In 1958, we had a general strike. The law at the time allowed for injustice and inequity where only the merchant class survived to the disadvantage of the many. Equity and social justice was gained in the work place because of men like Sir Clifford Darling who stood up against injustice in the general strike. All the gains that came because of the labor unions, those gains made, thus far, were set back and surrendered by the single action of the Attorney General. The Attorney General withdrew the case against two executive managers of Sandals Royal Bahamian Hotel which were before the Magistrate’s court. What a disgrace and under a PLP administration, at that. Under a PLP administration, 58 years after the general strike, we have come full circle. Allyson Gibson used as a justification a fine point in law for nullifying the case against the hotel managers.

Sandals, without notice, fired six hundred (600) workers and effectively broke the back of the union. Bahamians have a constitutional right to join the union of their choice. Sandals heavy-handed actions was an act of cruelty but yet a lawful act, albeit unjust, to fire the workers because their employer did not want a union. The net effect of those actions was the Minister of Labor, Shane Gibson’s standing as a Minister was greatly diminished because of the Attorney General’s arrogance. Employers country wide will know who holds power and, will not, no doubt, listen to or negotiate in good faith with the Ministry of Labor. The Attorney General has become a one-person wrecking ball.

May I remind the Attorney General that in 1958, the law was on the side of the first generation of the “all for me baby crew” known as the Bay Street Boys who eventually became The United Bahamian Party. The law is subjective depending on the circumstance, for example, the law allowed one man to vote a hundred times if he possessed one hundred pieces of property. The law also allowed for conflicts of interests and other self-dealing practices by members of parliament. So do not tell the people about fine points of law. Speak to us about justice and equity, instead.

I will continue to say foreign direct investment must be grounded in the principles of mutual respect of these two competing sides. It will main absolutely nothing if it deprives the average citizen of their dignity and self-respect. Foreign direct investment must be an instrument that benefits the people first, and in the end, gives a fair return on investment to the investor. If left to their own devices the investment could quickly descend into nothing more than a modern day slave plantation.

“If Bahamians are not prepared to stand up and defend their own Bahamas then you don’t deserve to have it” as quoted by the Father of the Nation. i