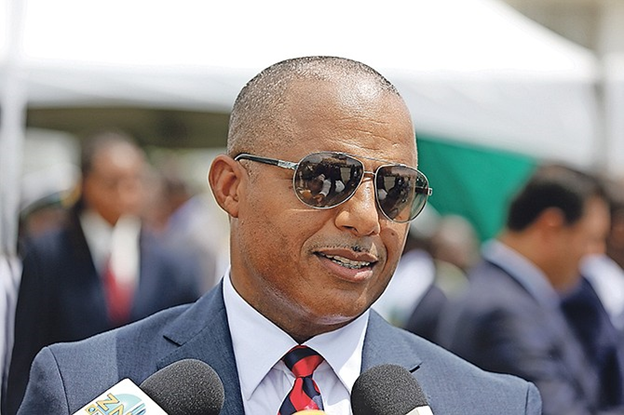 Life is really a mirage or illusion in The Bahamas. People are to piss on us and we are to call it rain.  That is how you see the elaborate dance that is being played on the public stage with the passage of the Commissioner of Police from the role of chief crime fighter to that of High Commissioner to the Court of St. James.  Everyone and their grandmother can read the tea leaves and see that when the FNM came to power, the competitor of the Commissioner of Police for his job Marvin Dames now the Minister of National Security, wanted Ellison Greenslade out as Commissioner of Police.  It didn’t take them long.  The Commissioner Greenslade was his usual talkative self. He saw no evidence of the crime of corruption, just a lot of talk in the air.  Next thing we knew, Mr. Greenslade was on vacation and silent as a lamb. PLP ministers started to get locked up and trotted before the courts. Mr. Greenslade was doing the silent bit in the tall grass and Marvin Dames was doing all the talking, hiding behind his dark shades.  Each two to three weeks, Mr. Greenslade would send us a letter saying “Hey fellas I’m on vacation”.  That stopped as soon as the Government announced that he was part of their diplomatic team.  We got an early signal with Mr. Greenslade turning up around the foreign office for training.  So he is off to see the Queen.  They did a grand ceremony for him on Monday 30 October.  He took the salute and went off into the sunset.  Oh but before he went, he said by the way” I was not pushed out” yeah right.   Stevie Wonder could see that he was pushed out.  And if you don’t like that verison of the facts, how could a fellow who is the nation’s crime fighter, in the middle of crime fighting abandon ship and go off to London to see the Queen.