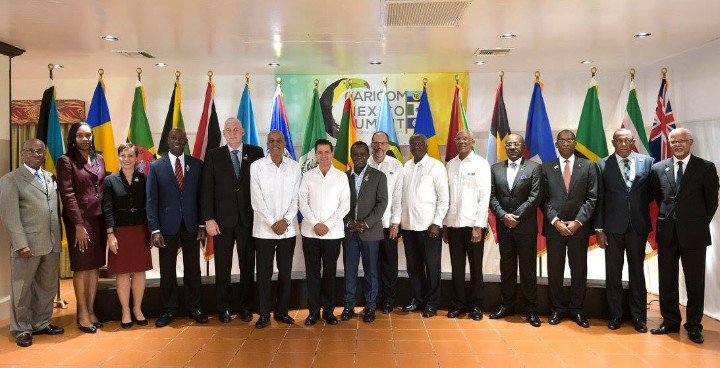 CARICOM Heads of Government and Ministers of Foreign Affairs gathered in Belize on 25th October 2017 for the IV CARICOM-Mexico Summit. The Summit was co-chaired by CARICOM Chairman, Prime Minister Dr. Keith Mitchell of Grenada, and the President of Mexico, His Excellency Enrique Peña Nieto.

The Summit explored a number of avenues to strengthen relations between CARICOM and Mexico through dialogue and cooperation, and explored opportunities to build upon the work undertaken from the three previous Summits. Both sides engaged in in-depth discussions on issues of mutual interest including climate change and disaster management, de-risking, the criteria used by the International Monetary Fund (IMF) to determine Official Development Assistance (ODA) and financial and technical support from Mexico to CARICOM Member States.

Saint Lucia’s Prime Minister and Minister for Finance, Economic Growth, Job Creation, External Affairs and the Public Service, Honourable Allen Chastanet, in his interventions applauded the level of assistance that Mexico has provided to CARICOM countries in times of natural disasters. He noted the importance of building resilience as the only way to deal with catastrophes moving forward. 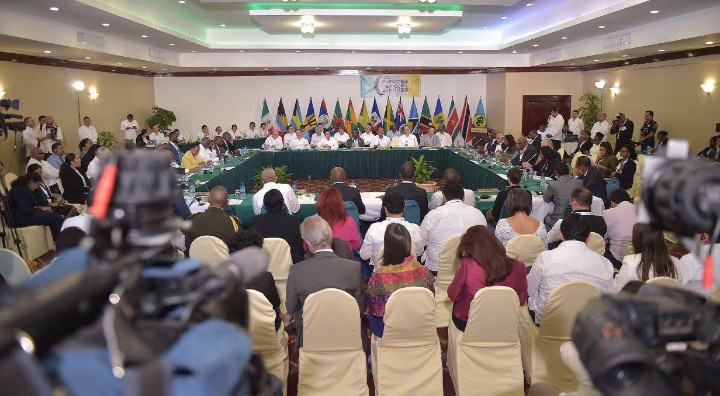 The Honourable Prime Minister brought attention to the need to re-evaluate and modify the IMF’s current graduation criteria for ODA. He noted that the per capita criteria should not be the only criteria utilized but instead, vulnerability should also be used. On the issue of de-risking, PM Chastanet warned that the region would be taking a huge step backward if corresponding banking relations are lost. He therefore recommended that the Governors of central banks in the region and in Mexico meet to discuss solutions to this current problem. His Excellency Enrique Peña Nieto welcomed this recommendation and informed that Mexico can host this meeting of Governors as soon as January 2018.

His Excellency Enrique Peña Nieto assured CARICOM Member States of Mexico’s commitment to deepening relations with the region and provided an overview of the technical and financial assistance to be provided to the region moving forward. He made the commitment to assist the hurricane affected countries of Dominica and Barbuda by building a hospital in Dominica and in Barbuda, an airport, hospital or police station will be built. Mexico committed $40 million to strengthen the Caribbean Catastrophe Risk Insurance Facility (CCRIF). CARICOM officials were also presented with a proposal from Mexico of an Integral Risk Management Strategy for the Caribbean.

The Summit concluded with the adoption of a Joint Declaration that further solidifies relations between CARICOM and Mexico. The Joint Declaration highlights the future areas of work and approved the Seventh CARICOM-Mexico Technical Cooperation Program (2017-2019). This Program establishes a strategic focus that launches new projects with accumulative effect, high visibility and impact, for achievable goals and deliverables. The program will focus on Health, Statistics, ICTs and De-risking, in line with CARICOM’s Strategic Plan 2015-2019 and the global development agenda.