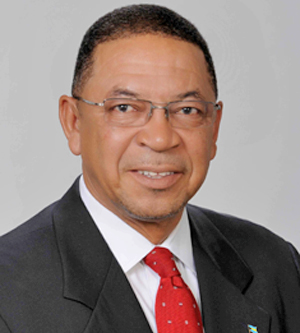 Here is how The Tribune on Saturday 18 February said the Prime Minister Perry Christie responded to the letter written by Hubert Chipman MP to the Speaker alleging that the report was changed on the Constituency Boundaries after he (Mr. Chipman) signed it.

Mr Christie called the St Anne’s MP’s allegation “distressing”, and revealed that he has instructed Mr (Fred) Mitchell [The Foreign Minister with whom Mr. Chipman was travelling]  to tell Mr Chipman that his action was “a terrible thing (to do)”.

“The report was not touched. The report that he signed came to Parliament as is. I made a communication indicating that whenever a debate is finished, as prime minister under the constitutional powers that I have, I was going to recommend one change that was agreed to when we did the resolution, and that was a name change from Montagu to Freetown. So it is a distressing sort of intervention that he made because a judge of the Supreme Court who always says, ‘Listen, I’m not here to play the politics, I’m here to guarantee fairness’ (was on the commission). And that judge signed off on it. Everyone who knows the Speaker (of the House) knows the Speaker is a man who prides himself on being fair and (he signed off on it), so I think (what Mr Chipman did) was unfortunate.

“Mr. Chipman [may have done it] because he was “forced” or “coerced” into signing the document “for the purpose of laying the foundation for legal action”.

“There was absolutely no change from what Brave Davis, Jerome Fitzgerald, the Speaker, the Justice of the Supreme Court and Hubert Chipman signed. Their report came in as is. It went to the Governor General as is and it came to Parliament to me as is. I reviewed it and for reasons that I stated, ancestral reasons, since Blair and all of those were no longer in that large grouping in Montagu, since Ingraham had taken St Thomas More and submerged it into Montagu, just looking at it and the substantial number of residents in Kemp Road and right around there, a good and appropriate take would be to name it Freetown.

“They claim that but this is all part of the politics of the election season. You would’ve heard the PLP say the same things in the past; it’s something that opposition parties say and do and when Hubert Ingraham did the boundaries in the last election, we won. When I did the boundaries in 2007, the FNM won. As someone rightly said, lines, those lines don’t vote. People vote. People wherever they are will determine who forms the next government of the Bahamas; the rest of it is just posturing. Now they are before the court. I’m told the court reserves judgement for Tuesday. We’ll see. I was convinced on the basis of advice I received that at the end of the day we will be justified in continuing on the lines of 39 constituencies and that’s what we’re doing now. In fact, if it ever goes back to 38, I’m in a much stronger position, with all those wonderful parts of Englerston that Ingraham gave me and St Cecilia.”