COMMENT OF THE WEEK | THE GOVERNMENT FAILS AT MONTAGUE RAMP 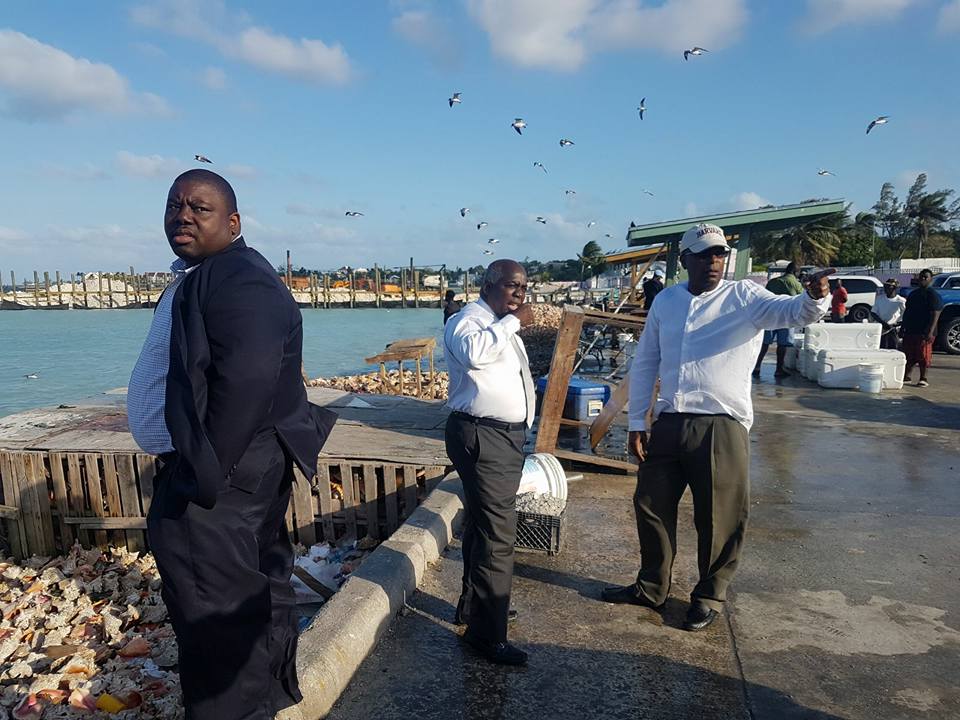 It was like déjà vu all over again.  Senator Fred Mitchell was walking on the Montagu Ramp, the scene of his early rise to political prominence as a fighter for the rights of people way back in the 1990s. This walk took place on Wednesday 2nd May. On that day, he joined the Leader of the PLP Philip Davis on the ramp.  They both spoke to the fish and conch vendors and then had a look at the damage that was unfolding in around the Montagu Ramp.  Mr. Mitchell had helped to make sure that the market was established and that it survived. Now it appeared that there was another fight brewing.

Next door to the Montagu Ramp is the Royal Nassau Sailing Club.  In the history of The Bahamas and Nassau Society, the Club had a reputation for being so exclusively white and racist that not even Sir Roland Symonette, the first Premier of The Bahamas and the father of Brent Symonette could qualify to join.  When he was refused membership, the history books say, he formed his own club the Nassau Yacht Club down the Road.

The Royal Nassau Sailing Club has never wanted the fish and conch vendors on the ramp adjacent to their property.  The market started at what Senator Fred Mitchell once described as a natural market, where a man named Miller saw an opportunity as people were going home from work to set up and get their conch just before fixing their evening meal.  It grew from there to include fish vendors and soon the vegetable vendors came.  The Club thought that it was unsightly and unsanitary and they wanted it gone.  Mr. Mitchell stepped in and helped to sure up its presence.  Fresh Water was brought in.  As he walked around this time, the fresh water was gone.

The Government under Hubert Ingraham finally moved to do something about it.  They filled in the area and paved it and set up proper moorings and a proper ramp and arranged the traffic patterns.  They did not go as far as Mr. Mitchell wanted which was to buy all the old Montagu Hotel property and turn it into a public park.

Today though was not about that issue but the fact that the Royal Nassau Sailing Club is dredging the seabed, extending their property using the fill from the ocean, and putting down new pilings.  The report is that they have received the insurance payment form the last hurricane and are now spending it to repair the facility.  There is a permit number but this does not look like a repair, this looks like a land grab and extension of the marina facility.  We thought that there was a moratorium on marina facilities in Nassau.

The Royal Nassau Sailing Club is well connected to the FNM so it would be no surprise that they got the permit to do what they are doing and no surprise that they can muddy the waters all around, and kill the fish and conch of the fishermen and conch vendors, that the ramp is now blocked by silt, that it is damaging the props of the boats that use the ramp.  No one from Government at a political level has said a word and the Club has not addressed the issue.

The Vendors are once again left to private remedies to address their concerns.  The Leader of the Opposition went there with Mr. Mitchell to see for himself. One man claimed that he lost 400 hundred conchs, another 1000 conchs. This is a serious loss.

Reports are that the BEST Commission which monitors environmental issues for The Bahamas went there and asked the Club to stop because they are not acting in conformity with best environmental practices.  The curtain they are using for example is useless because there is a stream of silt and muck in the water.

This is the people’s time and the fishermen now have a problem at the Montagu Ramp.  They depend on the PLP to make some noise.  We have responded.  The Government now needs to act.