CONGRATULATIONS TO THE GOVERNMENT FROM THE PLP 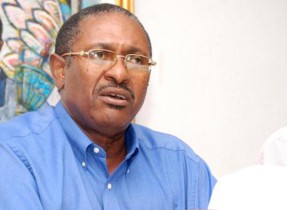 drugstore times;”>The Progressive Liberal Party congratulates the government of The Bahamas on its third anniversary in government and the measurable strides The Bahamas has made during this relatively short period of time. When its predecessors clearly lacked the strength of leadership, courage, confidence and political will to make the difficult, unpopular, but necessary policy decisions to secure the future of our country, the PLP government stared down these national challenges and boldly confronted them.

Of note was the need for fiscal reform and let the record show that international organizations of repute have endorsed the government’s fiscal consolidation plan for its balance between spending cuts, revenue generation and economic growth. These organizations include the World Bank, the International Monetary Fund, Standard and Poor’s and Moody’s. The latest to do so was the Capital Markets Unit of the Canadian Imperial Bank of Commerce (CIBC). It is difficult to credibly attack a policy that has the brand of international credibility attached to it.

Bahamians far and wide appreciated the import of the government’s immigration reform initiatives designed to protect the integrity of our borders and the national identity of our people. Bahamians both supported and admired the political will of this government in the face of scurrilous accusations and untruths recklessly spewed into the public domain in attempts to derail the policy and sully the international reputation of The Bahamas while unwittingly aiding and abetting a sophisticated and highly organized and profitable criminal enterprise. The PLP thanks the Bahamian people for their unwavering support on this volatile and highly emotive issue.

Further, the Belonger’s Permit legislation resolved the long standing issue of statelessness in this country for those entitled under the constitution to register for Bahamian citizenship.

Regularization of the web shop gaming (or numbers) industry was vital in protecting the international credibility and reputation of The Bahamas where Financial Services is our number two industry; the government did not shirk in its responsibility to protect the Bahamian people and did just that. This $700 million unregulated industry posed a threat to our regulated financial services sector and the government was wise to regulate this industry, bringing it into conformity with international best practices, including the Financial Action Task Force (FATF) and the (CFATF) of which The Bahamas has a sitting executive member.

The major issue of food security and the $1 billion annual food import bill was aggressive attacked through the public institution of the Bahamas Agriculture Marine Science Institute (BAMSI) in Andros. This one of a kind regional model that combines tutorial, commercial and research components in the areas of agriculture, agribusiness and marine science received ringing endorsements from not only the Secretary General of the Food and Agriculture Organization (FAO), but CARICOM Agriculture Ministers. These objective endorsements attach the brand of international credibility to BAMSI.

I join the government of the United States in applauding the government for its selection of a strategic partner for the challenged Bahamas Electricity Corporation as the government aggressively and decisively pursues its energy reform policy. The mandate to reduce the cost of electricity to Bahamians by thirty percent in twenty-four months in addition to bolstering the levels of energy reliability and efficiency is crystal clear. The Carbon War Room challenge to provide alternative energy systems in eleven family islands, to retrofit street lights with solar power and the amendment to the Electricity Act to provide for privately produced alternative energy and reverse net metering facility together serve to buttress the government’s energy reform initiative.

I note the measurable improvement in the performance of the Bahamas tourism product, especially in Grand Bahama and the Family Islands. This turnaround was fueled by sports, culture and heritage and romance tourism. The government is further commended for its plan to revitalize Bay Street that was dying a slow economic death for decades. I note that the IAAF franchise and brand and Bahamas Junkanoo Carnival will immeasurably strengthen the brand of The Bahamas as a tourism destination.

As governance is a mixed bag, and notwithstanding measurable improvements in the administration of justice, the Swift Justice Initiative and an impressive turnaround in tourism, the high rates of unemployment and crime continue to challenge us a government and as a people. The government must continue to work closely with the principals of Baha Mar to secure a finite opening date in addition to announcing other significant tourism related projects currently on the drawing board. I look forward to the new policy on tracking at-risk students in the public school system and I again call on the government to re-establish the National Youth Restorative Program with YEAST and the Catholic Church for no cost is too great to save our next generation.

Under extremely difficult and hostile conditions, the government moved with confidence, courage and focus in addressing our national issues. There is much more work to be done on behalf of the Bahamian people and I entreat the government to remain focused and not to be distracted by the naysayers and doomsday preachers that only seek to prevent this duly elected government from fulfilling our mandate from the Bahamian people.

So as to not compete with Mother’s Day a Service of Thanksgiving will be held later in the month on a date to be announced.