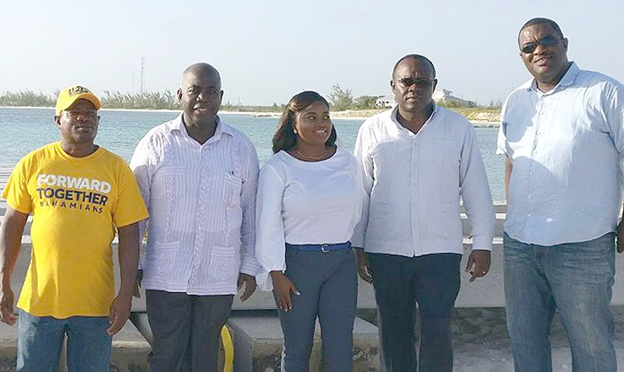 Leader of the PLP Philip Davis was with his team in Rum Cay on Friday 1 September to announce his bid to retain the leadership.  Chester Cooper MP and Senator Jobeth Davis was part of the team. 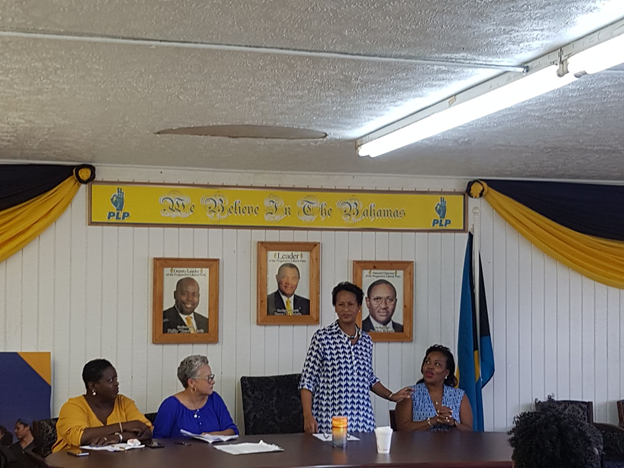 Glenys Hanna Martin was in Freeport on Saturday 2 September to announce her candidacy for the leadership of the PLP. She brought Manita Wisdom, former Chair of the PLP Women’s Branch and former Minister Melanie Griffin with her.

We show photos of Philip Davis, Leader of the PLP, announcing his candidacy in his constituency in Rum Cay on 1 September and Glenys Hanna Martin in Grand Bahamas on 2nd September.
The fact that the PLP Convention is coming and that there will be a return to normalcy at PLP Conventions is a good thing. Every year we should have a convention. It was a serious mistake not to have one. Each year, the party should get together to pass resolutions and effect policy about where the party should be headed. We can only do this in convention.
It is also a training ground in how to deal with treachery, lies, love and subterfuge. Young people get to know how to run campaigns and how to deal with loss. It is the preparation ground for elections.

We welcome the convention. We welcome the race. Everyone who wants to run should run. Whoever wins, we hope it is best for the party.

We are supporting Philip Davis to retain the leadership of the party. On the other hand, we think that Glenys Hanna Martin is equally as competent but she has a different vision. So may the best person win?

The dates again 22 October to 25 October.